If you didn't vote early, don't forget to make a plan to vote on Tuesday. Check your polling place by clicking here. If you normally vote at Watkins Elementary School (Precinct 91) or Bridgepoint Hospital (Precinct 85), please remember these sites have moved locations. Also, just a reminder that as of the June primary election earlier this year, Precinct 88 (formerly at Thankful Baptist Church) now votes at Eastern Market and Precinct 131 has moved from Van Ness Elementary School across the street to the Arthur Capper Community Center. Click here for a full list of voting locations that have moved for this election.

Don't forget that it's not just a Presidential and Congressional election on Tuesday. You'll be voting for two At-Large members of the DC Council, the At-Large member of the Board of Education, and on the advisory referendum on DC Statehood. In addition, you'll be voting for every seat on our important Advisory Neighborhood Commissions. Please make sure you take time to learn about those important ANC races before casting your ballot. 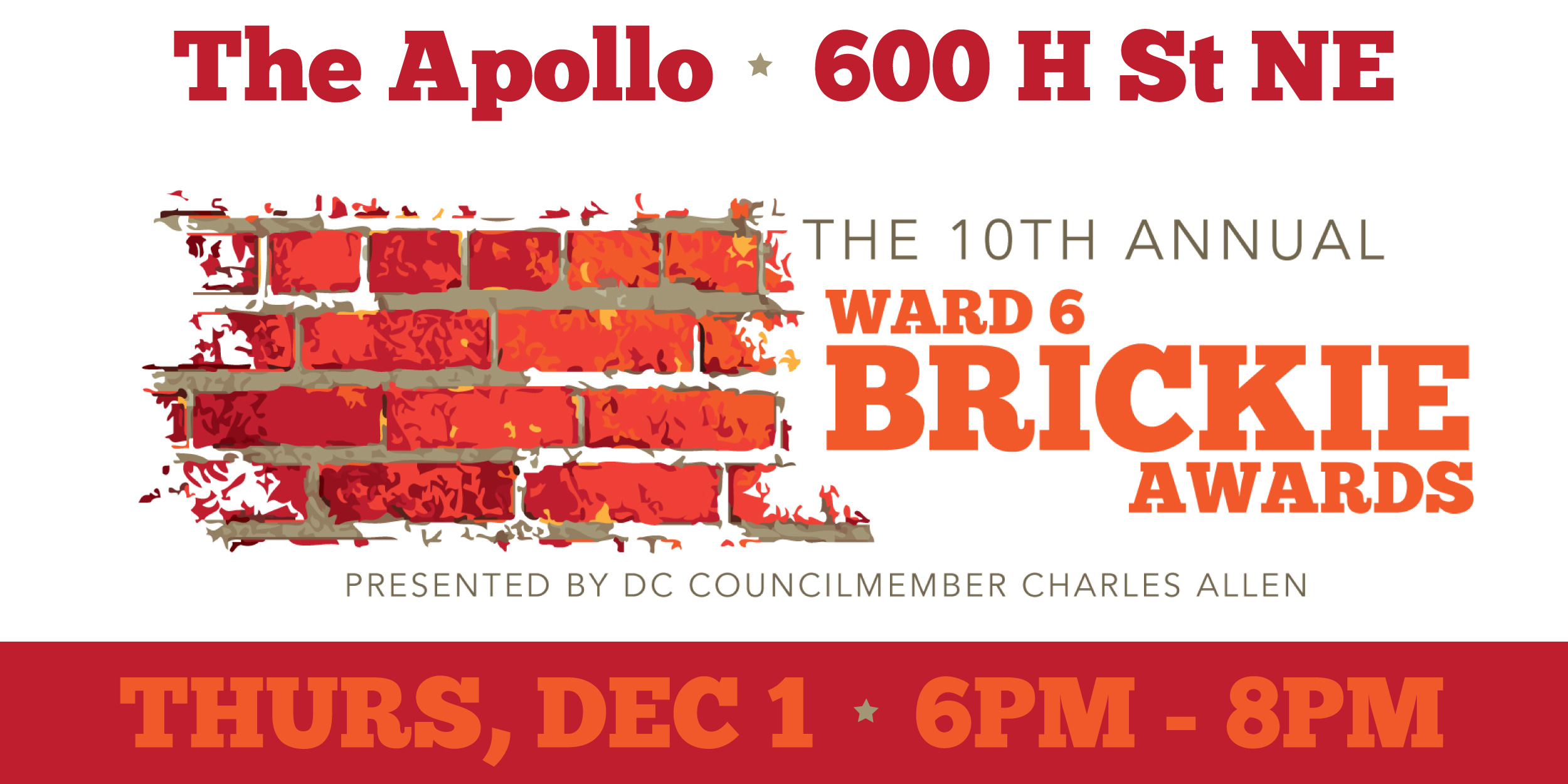 I'm very excited to be hosting the 10th Annual Ward 6 Brickie Awards on Thursday, December 1, 6pm - 8pm. This annual Ward 6 celebration honors the people, places, and organizations that make our community so great. It's not just a great community event with free food and music. This year, I'm holding it at the brand new Apollo on H Street, NE. Come and get a sneak peek at one of the area's newest buildings! But I need your nominations before the deadline on November 16.  Last year's winners - Hill's Kitchen, the Southwest Neighborhood Assembly, DC Public Library, Rachelle Nigro, and Principal Rachel Skerritt - were outstanding awardees. Who do you want to nominate this year? CLICK HERE to make a nomination today. Winners are selected from your nominations! 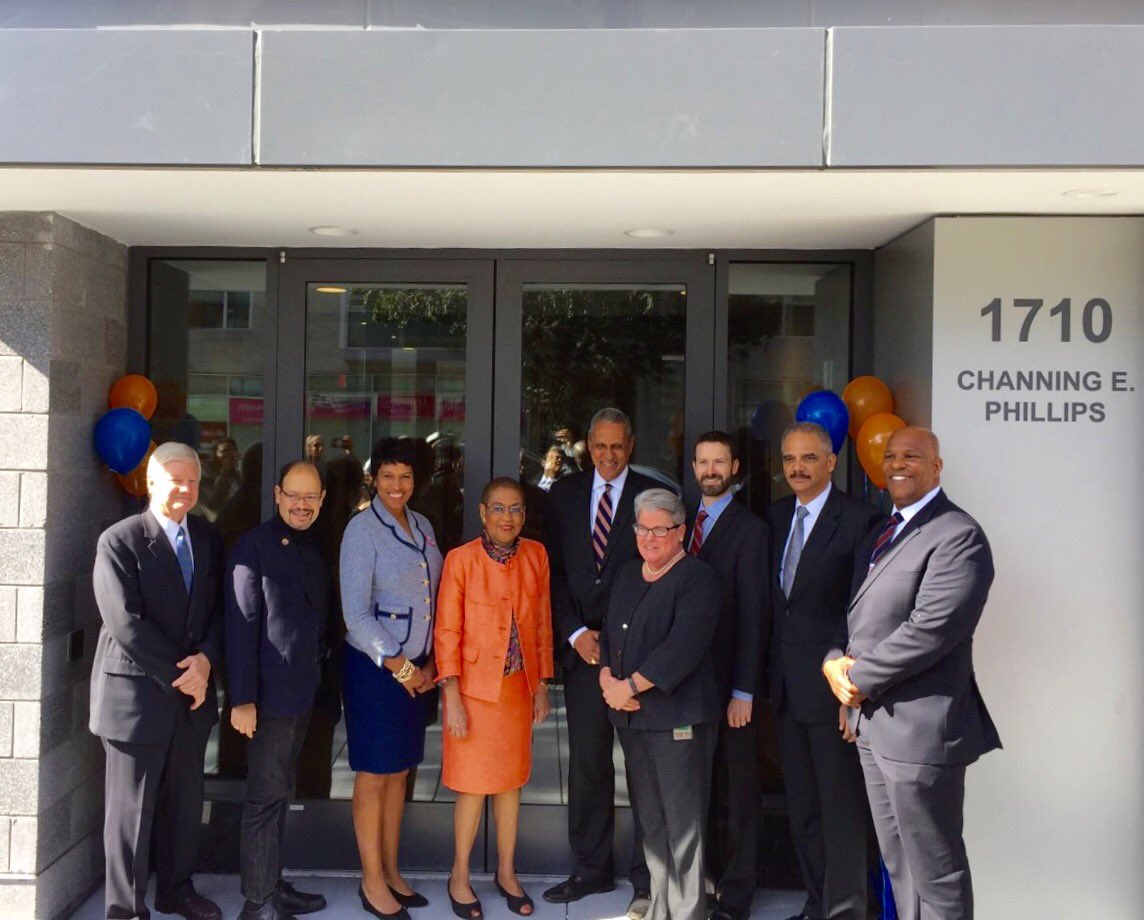 We've talked a lot about how we're working to create and preserve more affordable housing in the city. Using tools like the Housing Production Trust Fund, low-income housing tax credits, inclusionary zoning, and more, the city continues working to make this a priority. Over the last two years, I've attended a lot of groundbreakings for new housing. But at the end of October, I was honored to join several neighborhood leaders and dignitaries to celebrate the grand opening of the Channing E. Phillips Homes in Shaw. Developed by Lincoln Westmoreland Housing, this project brings 56 affordable units, including critically important multi-bedroom family housing, to a transit-rich location right next to the Shaw Metro Station and Watha T. Daniel Library. The site will also include a much needed childcare provider. I was honored to join current US Attorney Channing Phillips (the building is named for his late father, who served as senior minister of Lincoln Temple Congressional Church and was an advocate for affordable housing), former US Attorney General Eric Holder, Congresswoman Eleanor Holmes Norton, Mayor Muriel Bowser, ANC Commissioner Alex Padro, and many more for the important event celebrating this much-needed housing for our city.

As the DC Council’s current two-year legislative session winds to a close next month, many important bills I've been working on have moved forward. I was very pleased to see my bill to bring Automatic Voter Registration to the District receive unanimous support by the Council. This bill removes barriers to voter registration by automatically registering residents to vote when they fill out an application for any identification at the DMV. I've fought for this legislation since I joined the Council and it puts DC on the leading edge nationally of what President Obama recently said should become ‘the new norm across America.’ At a time when so many states are putting up barriers to the ballot box, I'm proud that DC is making it easier and more automatic to exercise your right to vote. Also moving forward last week was my effort to create a Commission on Climate Change and Resiliency to undertake a broad cross-sector approach to assessing and mitigating the current and coming impacts of climate change, as well as to assess the District’s resilience to adverse events such as hurricanes and man-made disasters.

Three bills co-introduced with Councilmember David Grosso also moved forward: one focused on protecting students with school loan debts, one to create a more objective and data-driven approach to school modernizations, and another to help protect existing levels of school nursing services. Advancing to final reading was a bill I co-introduced with Councilmember Elissa Silverman to target vacant properties and deter property owners from neglecting their responsibilities. Finally, working with Councilmember Mary Cheh, we've passed a new bill to support women military veterans and to support bicycle safety awareness with each having a new specialty license plate.

As always, thank you for your support. Remember to vote on Tuesday, November 8, 7am - 8pm, and please let me know if there’s anything I or my staff can do to help you or your neighborhood.
Do you like this post?
Tweet