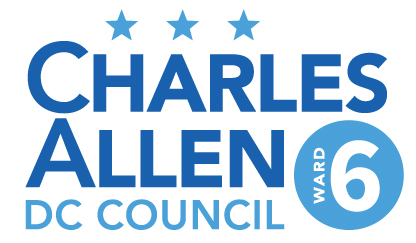 “Right now, the Eastern Market Metro Park is a place people walk through – but I want it to be a place that people walk to. We can build a greener, safer park that brings together our community and transforms this important public space.  There are already a lot of great ideas about what this park can look like. This funding ensures we can take the crucial next steps to start implementing them,” said Ward 6 Councilmember Charles Allen.

“This project is a big deal for Capitol Hill and for Ward 6, but also for the District. A green and thriving Eastern Market is the heartbeat of DC and I am very proud to say we’re ready to get started,” continued Allen. “I want to thank Councilmember Mary Cheh, Chair of the Committee on Transportation and the Environment, for including this important funding in her committee budget. I also want to thank Barracks Row Main Street, ANC 6B, EMMCA and many other neighbors and groups who have already done so much planning on this project.”

Martin Smith, Executive Director of Barracks Row Main Street, said, "Barracks Row Main Street is thrilled the District has announced initial funding for redeveloping the Eastern Market Metro Park - a significant public space connecting Barracks Row and Eastern Market and serving as a transit hub. In addition to the full support of Councilmember Allen, the Master Plan we developed for this site also enjoys widespread community support on the Hill and throughout Ward 6. We are eager to move forward, and grateful to the members of the Council and the Mayor's office for this critical initial investment."

Plans for the Eastern Market Metro Park include the space between 7th and 9th Streets, SE, bounded by Pennsylvania Avenue, SE and D Street, SE. Just a block south of historic Eastern Market and sitting at the top of the bustling Barracks Row Main Street, the modernized space will include a new playground, landscaping updates, improved pedestrian and bike infrastructure, and upgraded lighting.

The investments in the Eastern Market Metro Park will be timed to coordinate with the modernization of the Southeast Neighborhood Library starting in 2019, which borders the park immediately to the west across 7th Street. Councilmember Allen said, “It is crucial that the timing of these two important projects are coordinated to minimize the disruption to the community during construction and to ensure their designs complement one another. Working together, these two projects have the potential to transform this area into the kind of dynamic, vibrant public space the Capitol Hill community has long envisioned.”

More information on the process and designs can be found at EasternMarketMetroPark.org.