Spring is fully here! And while it's been a little cool, you won't hear me complain. There's no season in DC quite like spring. I was so pleased to be part of this year's Bike to School Day ride from Lincoln Park -- we had hundreds of kids and parents come out for this great annual tradition. And for the very first time, my daughter Cora Neal came along for the ride. 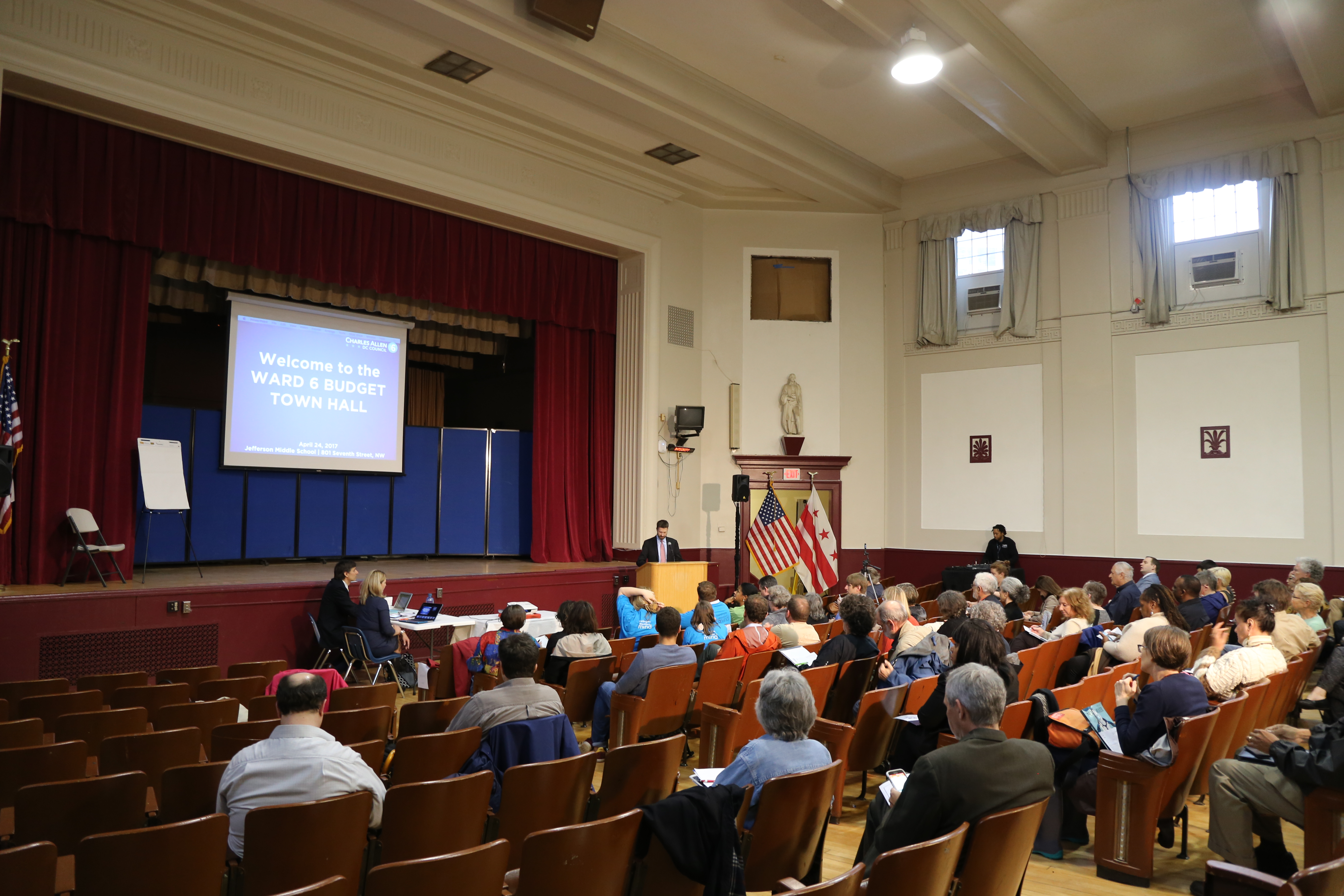 I want to thank the more than 100 Ward 6 residents who came out for our third annual Ward 6 Budget Town Hall on April 24. I know municipal budgets aren't the most thrilling topic, but the great questions and feedback I received have helped inform my priorities and decisions throughout the budget process.

If you weren't able to make it, we broadcast the entire Town Hall on Facebook Live. Links to the video and a download of my presentation can be found here.

Next week, the Council will start voting in committee on our budget recommendations. And by the end of the month, most of the big decisions will be made. As the Chair of the Committee on the Judiciary and Public Safety, I'm very focused on putting together a strong budget that supports safe neighborhoods and a fair and just city. One item I've been working on this spring is to create new housing incentives that help our first responders - police, fire, EMTs, and others - afford to live in the neighborhoods they serve. I think this is a strategy that can also help make sure we're recruiting great people to serve and will help stabilize our workforce for the long term.

Stay tuned as the votes begin early next week. 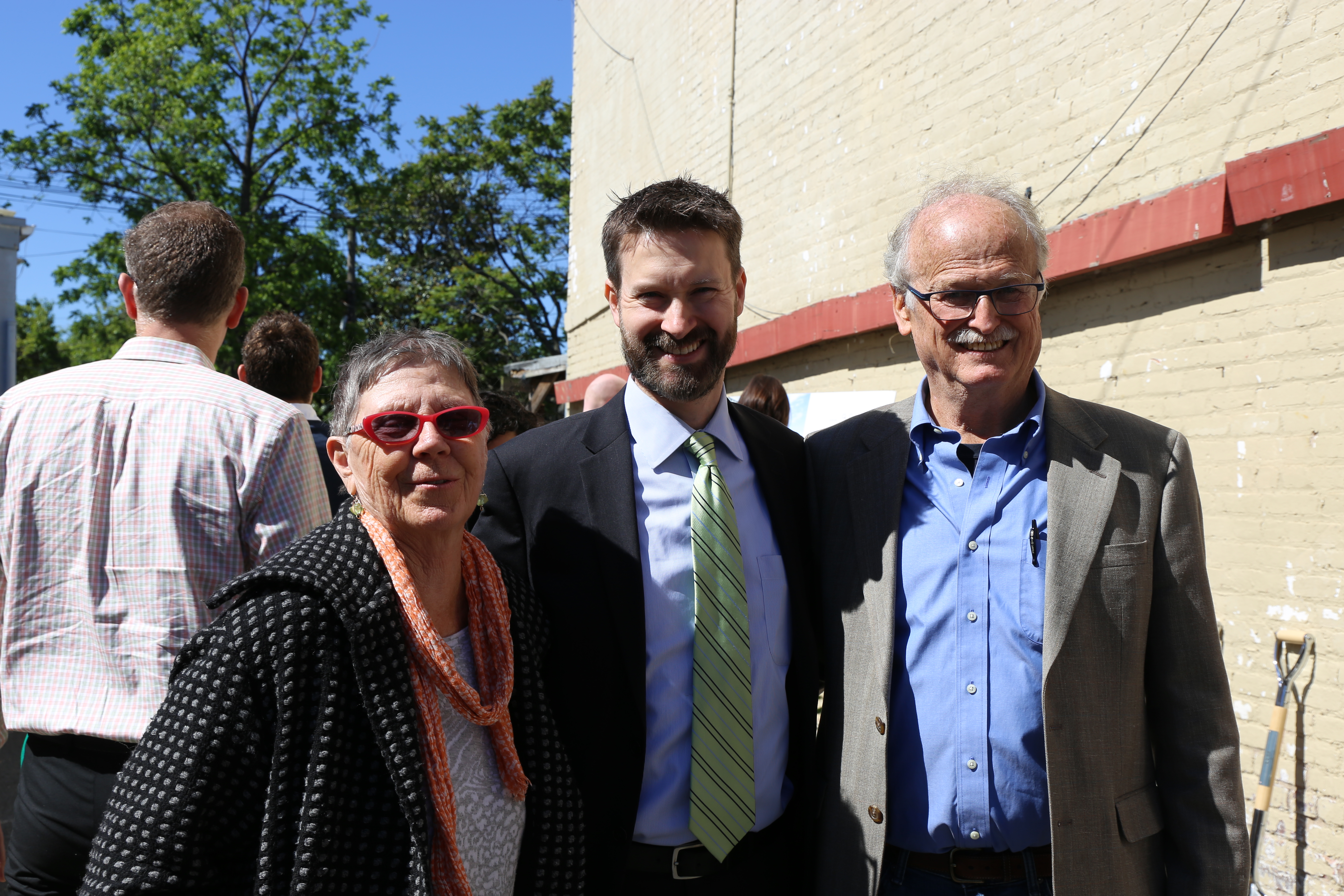 Groundbreaking at Penn11 - Bringing Frager's Back Home
Everyone on Capitol Hill has a Frager's Hardware story. Big or small, some part of every home was built or improved thanks to the supplies and know-how from Frager's. I was honored to be part of the groundbreaking at Penn11, which is a development project on the site where Frager's stood for so many years before a fire burned down the store. Frager's will be moving back into the new building, with new condos above the iconic hardware store. Long-time owner John Weintraub (pictured with ANC 6B Commissioner Kirsten Oldenburg and myself) shared a story about how he and his former business partner, Ed Copenhaver, promised each other during a heated battle in Vietnam that if they ever made it home, they'd open up a hardware store. More than 42 years later, John recently decided to step back. He sold Frager's to new owners Gina Schaefer and Marc Friedman, and he couldn't have made a better choice to preserve and carry forward the legacy. The construction should take around 14-15 months to complete. Hill Rag was there.

Market Week Comes to Eastern Market Next Week
Now that Eastern Market is officially part of the Main Streets Program, there's a number of great events happening next week as part of Market Week. It's a fun way to get to know the area even better, as well as the many businesses in the neighborhood. And Market Week caps off with the first ever Night at the Market next Sunday, May 21. All the info you need is here. 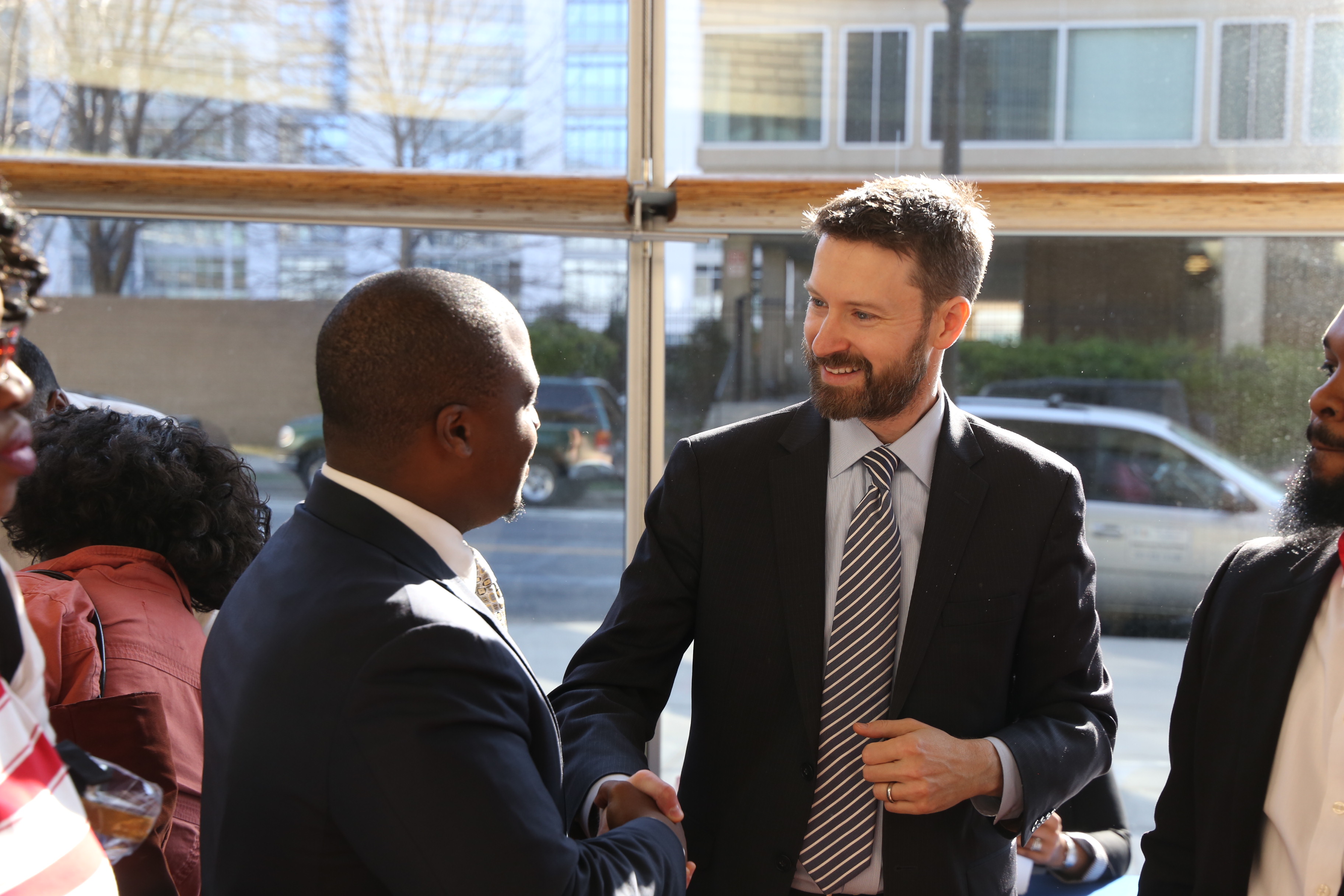 The beautiful Arena Stage hosted the 9th annual Career Fair that brought together hundreds of job seekers with more than 30 employers looking to make hires and book interviews on the spot. The event was held in partnership with my office and Chair of the Committee on Labor and Workforce Development Councilmember Elissa Silverman, Arena Stage, and DC Department of Employment Services. I want to offer my congratulations to everyone who came out and left with a) a job, b) an interview, or c) some inspiration and direction for their next career move. Thank you to all for being part of this great, great event. A special shout out to Naomi Mitchell and Jamaal Jordan on my staff who once again helped plan this event. By the way, my favorite part of this event is when someone gets a job offer or an interview, we ring a cowbell. I need more cowbell!

On Earth Day, DC Launches Free Composting at Eastern Market
I wanted to highlight the great new pilot program by DC Department of Public Works that launched at Eastern Market on April 22, Earth Day, and now is expanding to a farmer's market in each Ward. DPW will be at different farmer's markets to collect food waste they will then compost and distribute to city community gardens at no cost. This is a program I supported funding in our last budget cycle, being a big believer in the benefits of composting and the easy way this can be used to support the many community gardens enriching our city. Get all of the information you need here. 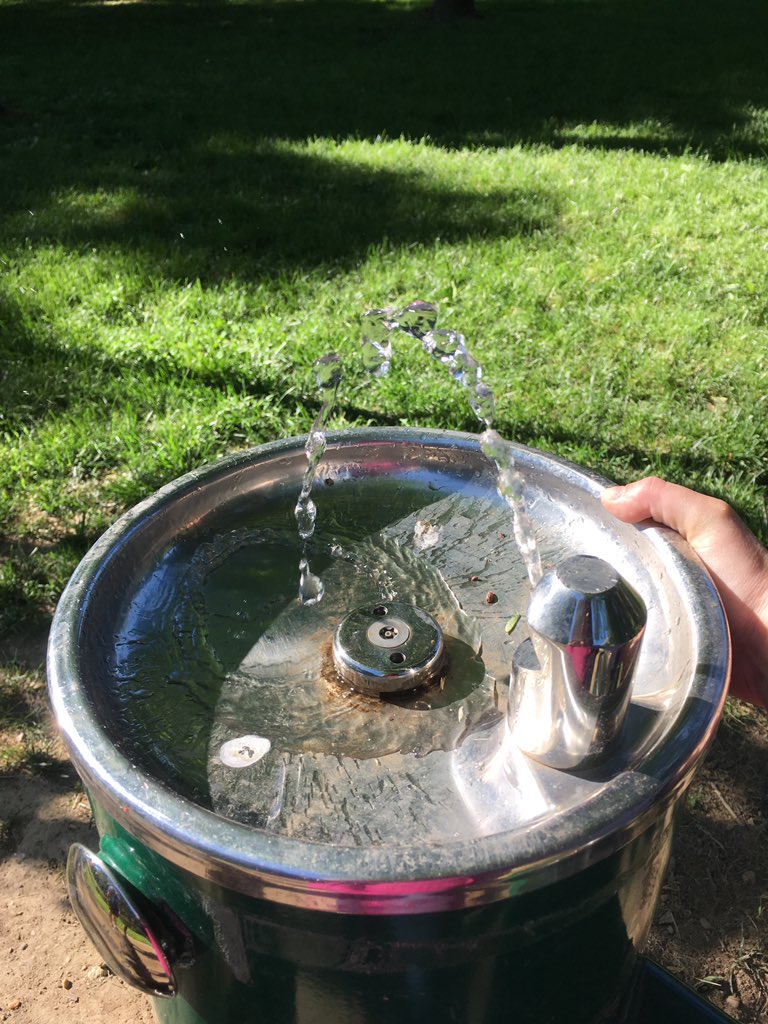 I wanted to thank my excellent Constituent Services team, Jamaal Jordan and Naomi Mitchell, for their hard work each day to respond to the needs across the Ward we hear about. Two recent items that I wanted to shout out: We helped a Ward 6 resident untangle a parking ticket fiasco that resulted in the city wrongly deducting the cost of the ticket from her tax return. And with a little prodding, we were happy to see the water fountain in Garfield Park get repaired after four years of being out of commission (working fountain pictured left).

Legislative Update - A few bills I'm working on and what they mean for Ward 6:

Making Rodent Syndicates Flee Restaurants, Interior Settings, Basements, and Yards Amendment Act of 2017 - It's a long-named bill I introduced for a long-running problem across the District - rats. With the combination of a warmer winter and more and more food service options, we've heard loud and clear from Ward 6 residents that there are too many rats and that there's more we can do to fight back. The bill is just a starting point - and I'm already meeting with residents to look at ways to strengthen it and add more protections for neighbors. In brief, the bill requires new and existing restaurants to create and follow a pest prevention plan based on their facility and creates a funding mechanism for Department of Health enforcement. DCist covered the bill and breaks down what it does.

Committee on the Judiciary and Public Safety Update:

The full DC Council voted to approve acting Metropolitan Police Chief Peter Newsham to the permanent position of Chief. The vote concludes a vigorous process that started with two hearings out in the community in Ward 8 and Ward 6, followed by an 11-hour hearing at the Wilson Building. In total, more than 100 people shared their experiences with Chief Newsham and their vision for the direction of policing in our city. In my role as Chair of the Committee on the Judiciary and Public Safety, I was grateful so many people participated in the process. Deciding who will be the next leader of our Metropolitan Police Department is not a decision that should be made quickly or without a lot of input. I look forward to working with Chief Newsham on some of the initiatives and issues we discussed and I am grateful to all of the community members who took time out of their day or evening to come testify.

One of the areas where I heard a lot of concern centered on arrests and actions during the Inauguraiton. I have called for an independent review of MPD's actions over Inauguration weekend -- both the good and where we need to improve. Given the role our city plays in hosting protests, demonstrations, and marches for not just District residents but national and international groups, I want to be sure we learn from each opportunity to do better the next time. I'll have more on this as it moves forward. WTOP covered the story.

Finally, let's get coffee! Check the calendar of events below and come visit me at a Friday morning office hours -- I try to get to a different part of the Ward each week. These are some of my favorite events as it's a great chance to hear from you and talk about what's on your mind.