Posted by Andrew Aurbach on February 16, 2016
I hope you had a wonderful holiday weekend! The groundhog tells us we only have a few more weeks before spring is here, and after the snow and ice on Monday, I think we're all looking forward to warmer weather. At the Council, we've begun our annual performance oversight hearings on how DC agencies have operated over the last year. We're also preparing for the upcoming budget hearings that start in early April. To help keep our neighbors better aware during these important budget conversations, I'll be hosting another Ward 6 Budget Town Hall on April 21st, 6:30 pm, 645 H Street, NE. I'll share all the details as we get closer to April, but for now, please save the date!
Books from Birth Is Officially Launched! 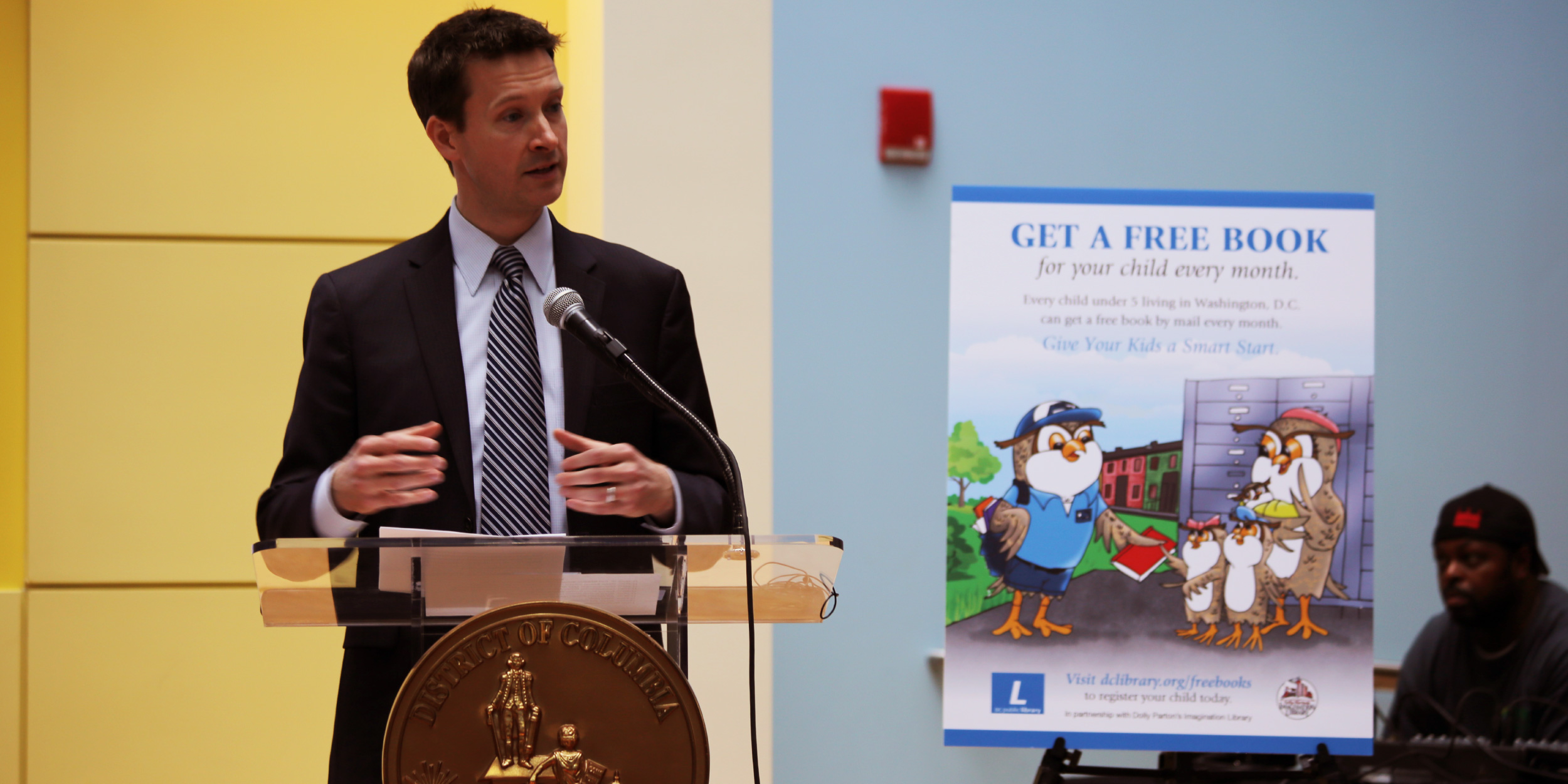 We had a fantastic launch for my Books from Birth initiative earlier this month. Library leaders, literacy advocates, Mayor Bowser, Councilmember Grosso, the Dolly Parton Imagination Library, and a good number of children joined me for the official kick-off of the Books From Birth early literacy program. This effort is going to make a difference in young people’s lives and I’m so proud of the many people who worked so hard with us to see this day happen. Even Dolly Parton herself made a long-distance appearance to help us launch the enrollment effort. Many of you heard me talk about this idea on the campaign trail and how we must tackle the gaps in early childhood literacy to be able to close the achievement gap we see show up later in school. Just over one year since taking office, I couldn't be more proud to say that families across DC will start receiving their Books From Birth in a matter of days! If you have a child under 5, sign up now -- http://dclibrary.org/booksfrombirth

We are one step closer to having the rebate program for security cameras up and running. On Friday, the Mayor released the rules and regulations for the program. I appreciate that she’s moved quickly to get this program started. Her proposal tracks very closely with what the Council passed with my legislation. One aspect I had pushed on in particular was to greatly expand the number of eligible neighborhoods for the program. Crime can be highly mobile and it's been shown these types of cameras can make a difference. In the proposal released on Friday, five PSAs in Ward 6 are eligible – specifically 104, 105, 107, 108, and 507. I expect the Mayor and her team will have the application process set up shortly. If you’d like more details on how to apply, please make sure you’ve signed up at this link. 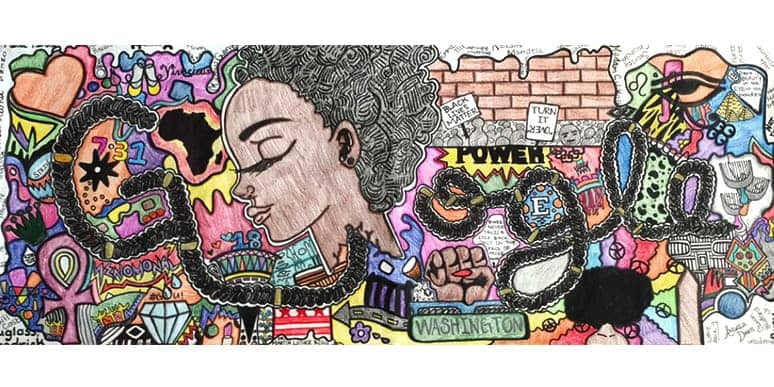 Without question, we have some amazing artists in DC schools. Can you take 30 seconds to help Eastern High School’s Akilah Johnson win with her outstanding concept for a Google Doodle? What’s a Google Doodle you ask? It’s the ever-changing Google graphic at the top of the Google home page. In this competition, Akilah, a sophomore at Eastern, is competing against 10 other high school designs from around the country for a $30,000 college scholarship, a $50,000 technology investment in their high school, and a phenomenal experience for a young artist. Please click and VOTE HERE! To really help Akilah out, please share this with 5 friends and ask them to vote today! Voting ends February 22nd. 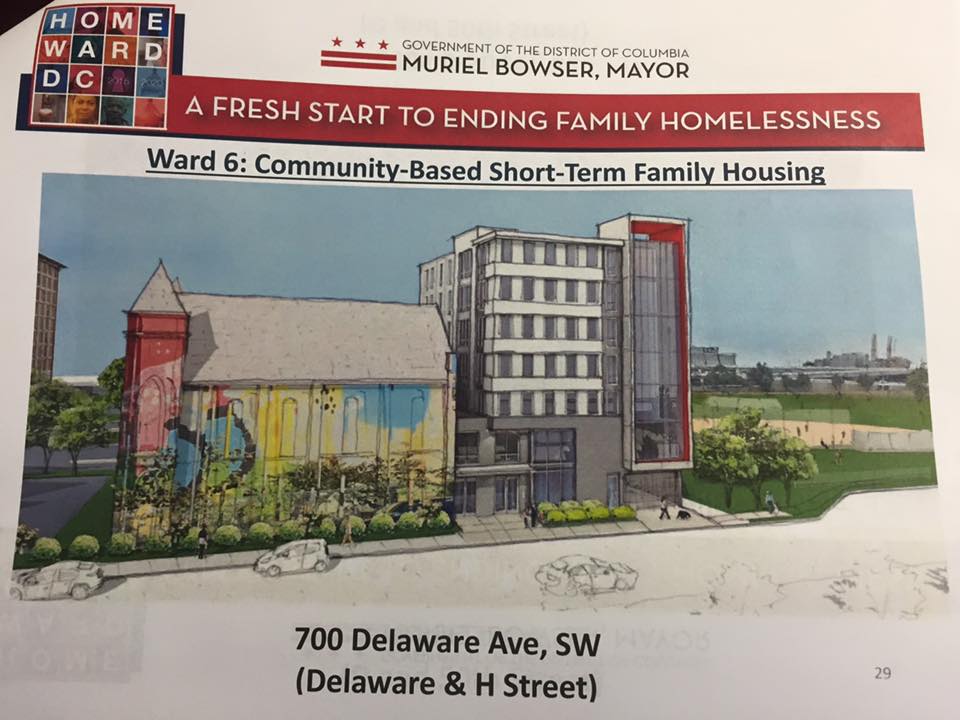 There’s no doubt our city has been facing a crisis in homeless services. Last week, the Mayor announced her proposal to replace the DC General shelter with eight smaller and neighborhood-based facilities focused on supportive and temporary housing. Her plan includes one site located in each Ward of the city. The proposal for Ward 6 is a smaller facility that would provide 50 units of housing for families in new construction located at Delaware Avenue and H Street, SW. While many questions remain to be answered, the Mayor's plan calls for a mixed-use building that also includes artist housing and incorporates elements of the existing Blind Whino arts space into the facility. It will have services and parking on site, along with 24-hour security.

To put this crisis in context, last night nearly 1,000 people spent the night at DC General. Almost 400 of those were children. Hundreds more slept in hotel rooms rented by the city. But these aren't faceless DC residents -- these are often our own neighbors hitting the hardest times in their lives. I don’t believe this is the way we take care of children and families in need. When the city closed DC Village several years ago, it was done without a plan for what our city needed. That lack of planning led to the current conditions at DC General. There's been talk for years about how to close DC General, but this is the first time I see a real plan to achieve that and take care of families that need emergency housing in a safe space. If approved, these smaller facilities would be constructed and opened –- and DC General would be closed -– by the end of 2018. I will ask tough questions of the plan to ensure success, but I do not underestimate the capacity of our residents to care about all of their neighbors. I will work with residents and leaders in Southwest to answer questions, ensure a smart plan is in place, and to make this proposal a success for the neighborhood as well as our neighbors in need.

I welcome your feedback and comments. In fact, I need them! Whether you support, oppose, or just have questions about this proposal, I want to hear from you. The Council will hold hearings on this proposal in mid-March, but please click here to see more details and share your feedback with me.

Thanks as always for your support,
Charles Allen