I wanted to pull together a wide-ranging update on what Ward 6 neighbors can expect over the next few days and lay out the preparations the District is undertaking.

First, I know many are anxious right now, and understandably so. I'm working hard to make sure that plans and personnel are in place to ensure the safety of our residents. My focus is also on how these plans are going to focus on the neighborhoods and communities outside the fenced federal areas that will have a strong military presence. I am receiving daily confidential briefings on extremist intelligence, coordinating with MPD and HSEMA regularly, and meeting with the DC National Guard and US Capitol Police leadership. Please know that things remain fluid and may change with limited notice. I'll do my best to keep everyone posted, but please feel free to reach out to me with questions and sign up for the city's alert system noted below.

I want to say at the top: please plan to take in the inauguration of Joe Biden and Kamala Harris virtually. Do not come to the US Capitol or the National Mall or along Pennsylvania Avenue. I know the inauguration is a special time for our country and even more so for DC residents who in the past may have watched the peaceful transfer of power in-person after taking a walk or short Metro ride from home.

As we saw on January 6, there are very real and serious security threats pending. The fewer people who are out, the better to ensure law enforcement will be able to have clear information and act decisively.

The District will be providing text alerts on public safety, road closures, weather, and any other urgent information for residents via text message. Text INAUG2021 to 888-777 to opt-in to these updates.

Second, the District has created a centralized website where you can expect information to be added in the coming days:https://inauguration.dc.gov/ 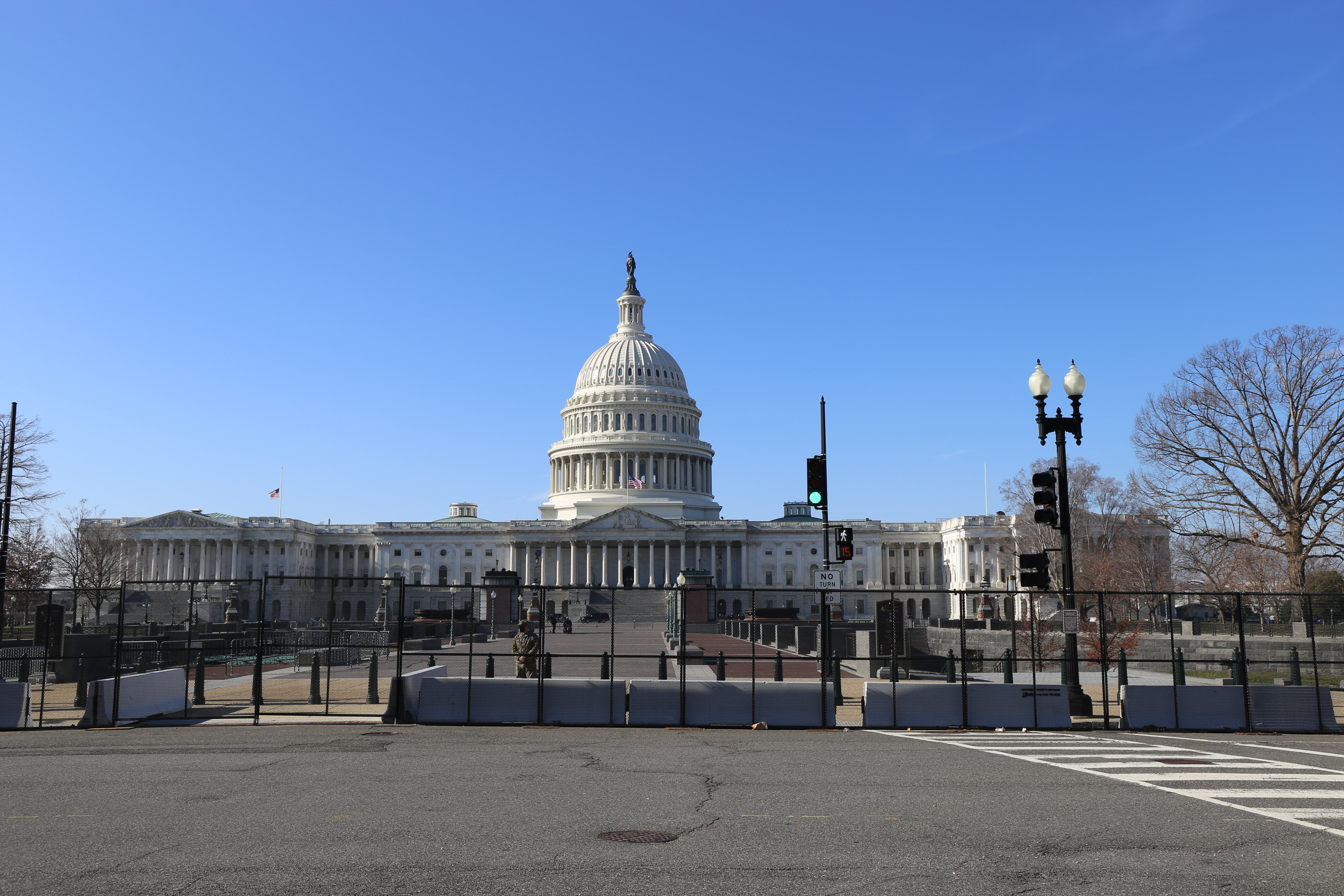 With multiple levels of fencing and 20,000 National Guard troops available, preparations to protect the US Capitol and White House will be much more substantial than what we saw a week ago.

There are a number of street closures that started this week as a restricted zone around the White House was established. This will impact residents' ability to travel to and through the downtown core and around parts of Capitol Hill. Folks who are traveling for essential in-person activities should be able to enter with identification.

If you have a car parked in a parking facility within the restricted zone, you need to remove it by Friday, January 15, at 6 am or it will have to remain in place until after the inauguration.

Closures announced by US Capitol Police:

The Post has a good round-up of the planned closures around both the White House and the US Capitol: https://www.washingtonpost.com/transportation/2021/01/12/dc-inauguration-road-closures/

Airbnb and Permits for Demonstrations

Over the weekend, I started a dialogue with Airbnb about doing everything they could to prevent white nationalists and anyone associated with a hate group from using their site to book a rental in the region. On Wednesday, the company announced it was taking matters further and cancelling all bookings in the region for next week through January 21. Here's the announcement:https://news.airbnb.com/airbnb-to-block-and-cancel-d-c-reservations-during-inauguration/

Finally, just to be clear: the District has not approved any permits for public demonstrations or gatherings around the inauguration. As you may know, the District does not control whether the National Park Service or other federal entities issue permits for any demonstrations. The Mayor has requested that any and all permits around the inauguration be rescinded, but I don't have more information on that front as of now.

Sharing some major changes to WMATA's operations during the coming days: 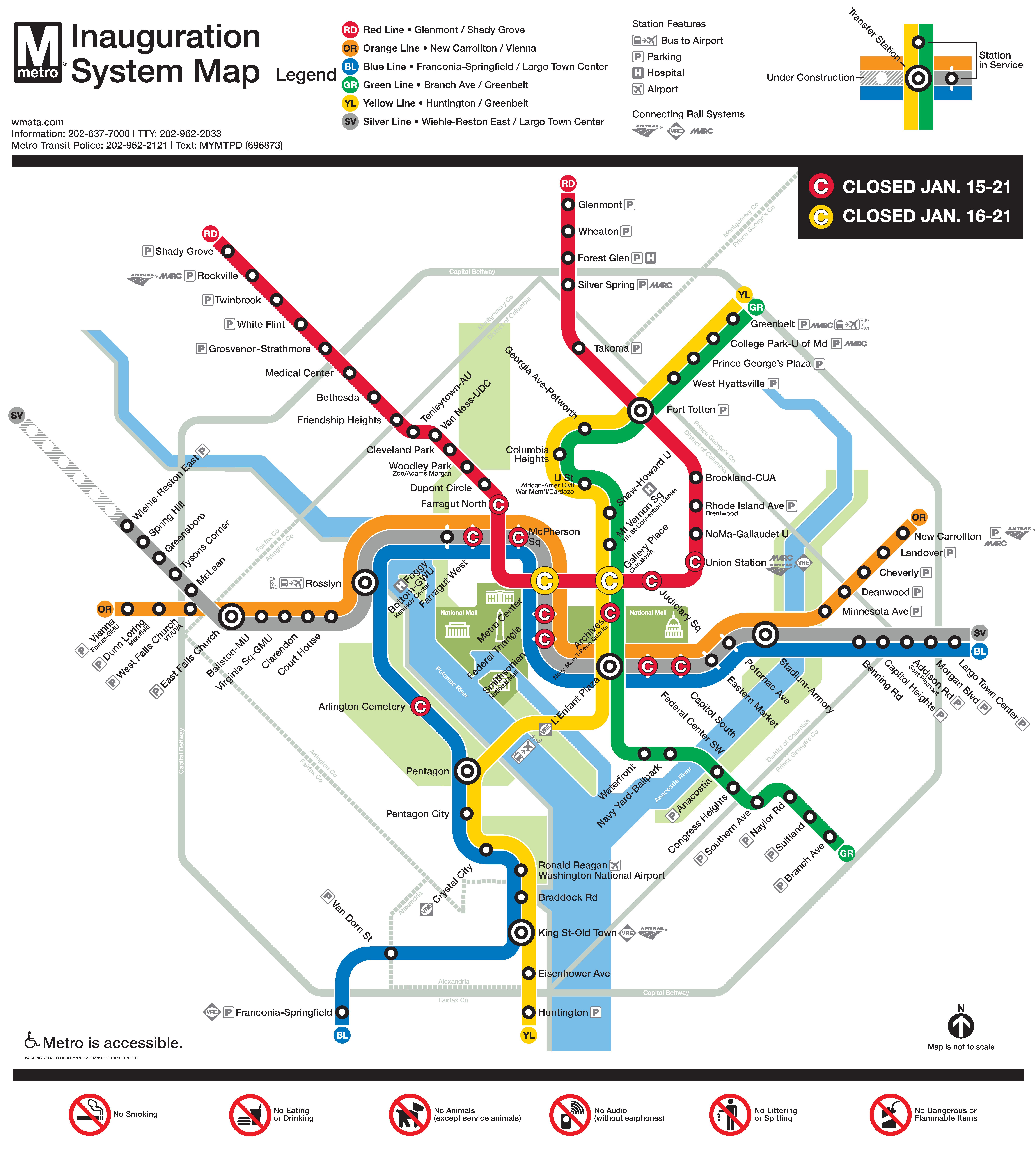 Metro announced service adjustments for Metrorail and Metrobus to accommodate the expanded security perimeter that will be in effect for the inauguration beginning Friday, January 15, through Thursday, January 21. Metro will close 13 stations inside the security perimeter, with 11 stations closing on Friday and two additional stations on Saturday and continuing through the end of service on Thursday.

In addition, 26 bus routes will be detoured around the expanded security perimeter beginning on Friday through Thursday. Metrobus will operate normal service on weekdays and weekends to accommodate customers making trips outside the zone, with the exception of January 20, when buses will operate on a Saturday schedule.
Full announcement here: https://www.wmata.com/about/news/2021-Inauguration-Service-Adjustments.cfm
Thanks Ward 6, stay safe.