On January 2, 2015, Charles Allen was sworn in as Councilmember for Ward 6. Here is the full text of his Inaugural speech and address: 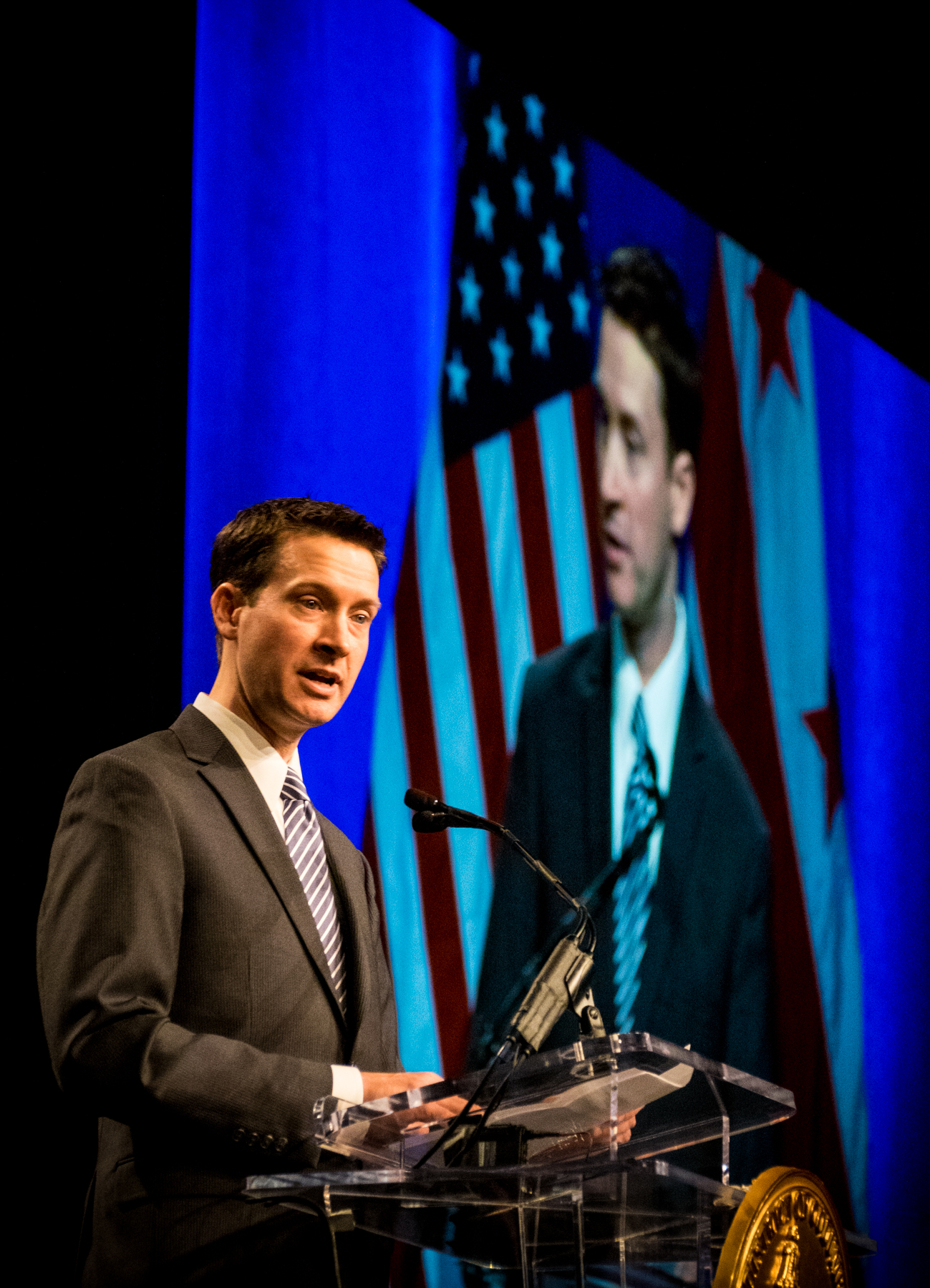 Good morning! I am honored and humbled to stand here today.

First, let me thank Judge Gregory Mize for administering my oath of office. In case you didn’t know, Judge Mize was the very first General Counsel to the Council of the District of Columbia and working with David Clarke and others, he helped write many of the laws that are the building blocks of the District’s self governance. I think it’s more than fitting as we begin a new Council period – one in which more than half the members after the April special election will be in their first full term, five us in our first year – that we draw upon our history and those that laid the foundation upon which we continue to build. Please join me in thanking Judge Mize for his ongoing service to the District of Columbia.

There are also so many people to thank who have made this day a reality for me – too many to name – but I do want to thank my entire family and single out two very special people. Without their incredible support, patience, and love, I would never have been able to take even the first step in this journey – my wife Jordi and my daughter Cora Neal.

I ran for this seat with the idea that every neighborhood should be a place we can always call home – working for great schools and tackling middle school reforms; fighting for new ideas that keep residents in their homes as they age; ensuring the city makes family-based affordable housing a priority; and continuing to support our entrepreneurs and grow our small businesses that become the backbone and job creators in our communities.

And now, it truly is an honor to take this oath of office and stand before you as the Ward 6 Councilmember.

As I was preparing for this day, there was one brief but important conversation I had on Election Day that kept coming to mind. Jordi, Cora, and I were walking to the polls to cast our votes. We were a few blocks from home and a few blocks from our polling location. I passed a woman on the sidewalk and we exchanged a quick hello. She then shouted out to me “Wait, did I just vote for you?” I replied, “I sure hope so!” We hadn’t met during the campaign, but she told me she was impressed by what she’d read and heard were my priorities. We chatted briefly and as we went our separate ways, she said to me “I’m counting on you to do what you say and represent me and my family.” I said I’d work hard to do just that, thanked her again for her vote, and we headed to cast our own ballots. But it was a conversation that stuck with me -- the trust that she was willing to give. And then 3 or 4 days later, I got a card in the mail at my home. It read:

“Dear Mr. Allen. You did it! Congratulations! You and your lovely wife and daughter will always be in my prayers. You have a big job ahead – proceed with caution but be of good cheer and grace. Peace, The person you met on 15th Street while you were headed to the polls.”

That exchange helps remind me what’s most important and puts the job I am about to begin for Ward 6 in perspective.

From Shaw to Southwest, from H Street to Hill East, from NoMa to Navy Yard, and across Capitol Hill – Ward 6 is a snapshot of our city. It represents and celebrates our diversity and I believe it reflects not only the District’s tremendous success stories, but also reflects the immense challenges we must confront.

As just the fifth Councilmember to represent Ward 6, I want to acknowledge Ward 6’s long tradition of outstanding leadership and vision on the Council. Following in the footsteps of Tommy Wells, Sharon Ambrose, Harold Brazil, and Nadine Winter is a tall task but I’m excited by the opportunity and ready to get to work.

I’m also excited about where we find this Council. Two years ago, our Council stood at a crossroads. After years of a high level of confidence and pride, the city’s public trust was broken. That break is part of what motivated me to step forward and want to serve my community and my city. But a focus on integrity is not just a campaign season issue – it must be built into the character of our elected officials and demanded by our residents. Thanks to the hard work of many people on this stage, and in particular our Chairman Phil Mendelson, I believe this Council is ready to restore that trust and that its best days are still ahead.

I spoke about it on the campaign trail frequently, but I view public trust as something we can only ask to borrow. We have no right to it. It is yours to give. And one thing I learned over the last year is that there is nothing as humbling as putting your own name on a ballot and asking your friends and neighbors if you can borrow that trust. But here’s the deal – if trust is borrowed, it can also be taken away. And every election, we must ask to borrow that trust again. That’s why the simple and heartfelt appeal from the woman on the sidewalk on the way to the polls remains so strongly in my mind.

To the members on this stage I can now call colleagues, to our outgoing Mayor to whom we owe great gratitude for his service, to our Mayor-Elect on the cusp of taking the reins, to our newly independent Attorney General, and of course to our Congresswoman (and my Ward 6 constituent) I am ready to get to work.

Thank you all very much and let’s get to work!