With Memorial Day behind us, we're approaching summer in DC, when our Ward 6 communities burst with activities. Be sure to check the calendar of events at the end of this newsletter and save several dates to celebrate the warm weather with your neighbors - Pride Parade, DC Flag Day, and more are coming up!

It's been a busy spring and I have some big updates to share since I last wrote, so let's jump in.
Council Votes on 2018 Budget With Big Wins for Ward 6

This week, the DC Council held its first vote on the FY2018 budget, moving forward with a plan that includes several of my top priorities. This budget funds a 3% increase in the per-pupil funding formula for our public schools, makes significant investments in affordable housing, public safety, and aging-in-place programs, and fully funds the launch of Paid Family Leave. After months of hearings, meetings, and drop-in visits by residents (thank you!), I am happy to share some big projects that will be taking place in Ward 6 over the next few years: 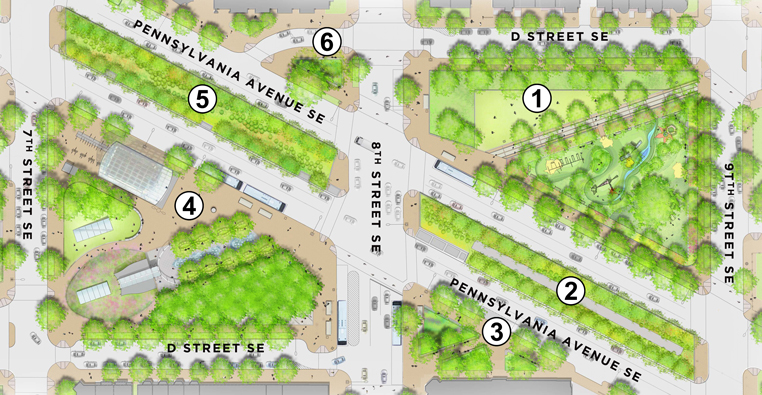 Hill East Pocket Parks - A "pocket park" is the green, triangle-shaped space common to many District intersections with diagonal streets. When well-designed and maintained, these mini-parks create inviting, lively public green spaces that help discourage crime and build community. I worked with neighbors and secured $500,000 to pay for a community-led design process, improved lighting, landscaping, and other updates at two pocket parks in Hill East.

Investing in the Future of the Anacostia River - A big priority of mine is to reclaim the Anacostia River as a healthy and vibrant part of our city. There are funds set aside in this budget to continue the strides forward in cleaning and restoring the river.

Key Budget Items for Public Safety - This budget was my first as Chair of the Committee on the Judiciary and Public Safety. With a total budget of $1.4 billion and nearly 10,000 employees, the Committee passed a spending plan that I am proud to say supports our first responders with the tools they need and moves the District forward as a nation-wide leader in community-policing, automatic voter registration, and more. This also includes fully funding the NEAR Act, an innovated  There's more information on my website about the work of the Committee. I am especially proud we funded a law I introduced that creates automatic voter registration at the DMV.

Expanding Access to Justice in Housing Court - As part of the budget that was produced in the Committee, I was proud to work with Councilmembers Kenyan McDuffie and Mary Cheh to pass and fund a new program that would provide low-income residents with a housing attorney in eviction cases. Last year, in 33,000 eviction cases, residents had legal representation in 5-10 percent of those cases, while landlords were represented well over 90 percent of the time. When it comes to potentially being homeless, I feel strongly that both sides should have sound legal advice and guidance. I co-authored an Op-Ed in the Washington Post explaining the importance of this legislation. 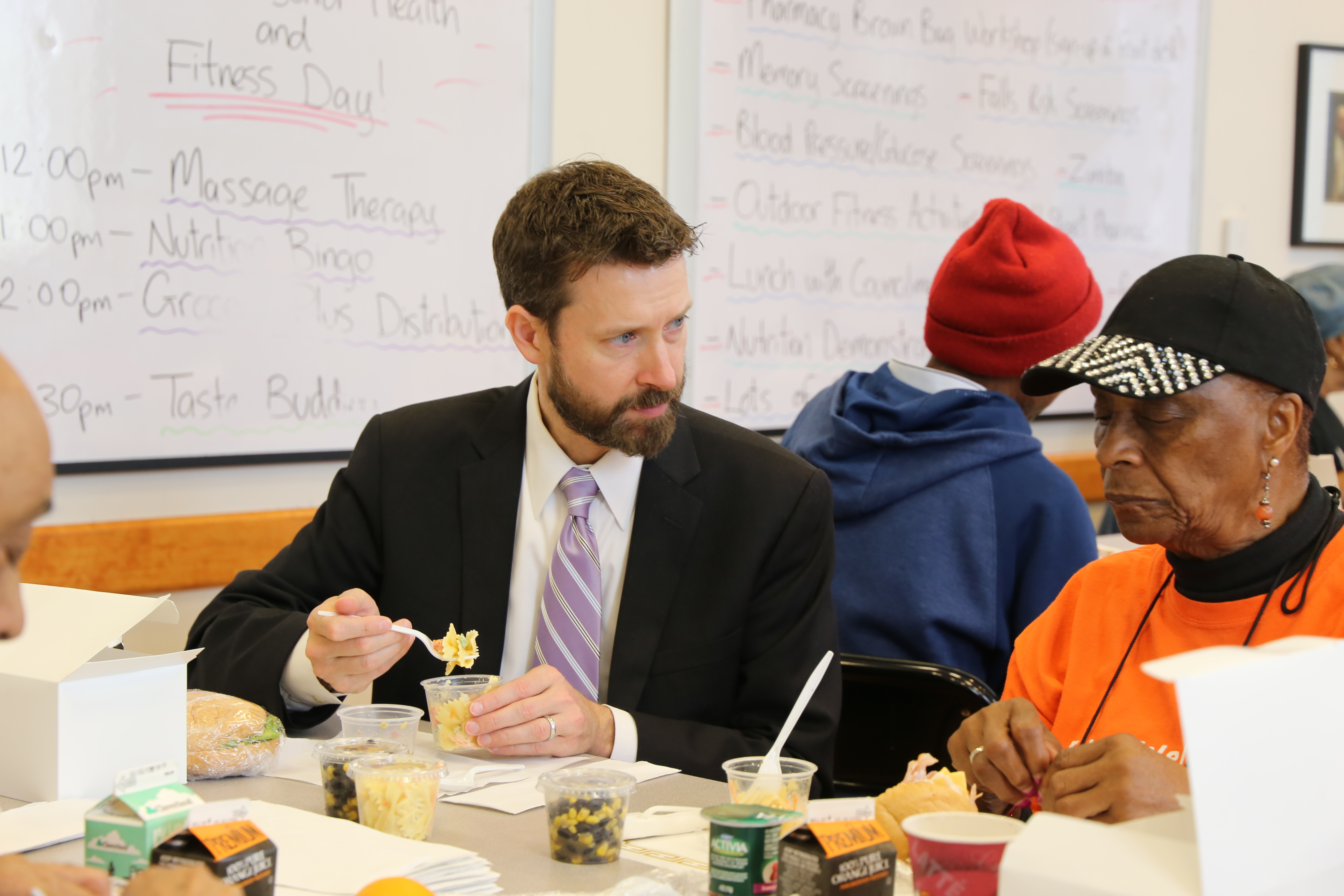 DC Has a New, Permanent Primary Election Date - After years of having the District's primary election date bounce around the calendar, my legislation to permanently move and lock-in a primary date was passed by the DC Council earlier this month. Circle the third Tuesday in June, starting next year in 2018, for when our primary elections will take place. There were many important reasons to do this, and this Washington Post story explains them well. Also, I talked with NBC 4's Tom Sherwood about cleaning up our voter rolls ahead of the next election.

June 10 is the Annual Pride Parade - Join me and my team on Saturday, June 10, with our "Hands Off DC" theme for the 2017 Pride Parade. It's always a lot of fun -- I hope you can march with me.  RSVP here so we can coordinate meet-up details before the parade. 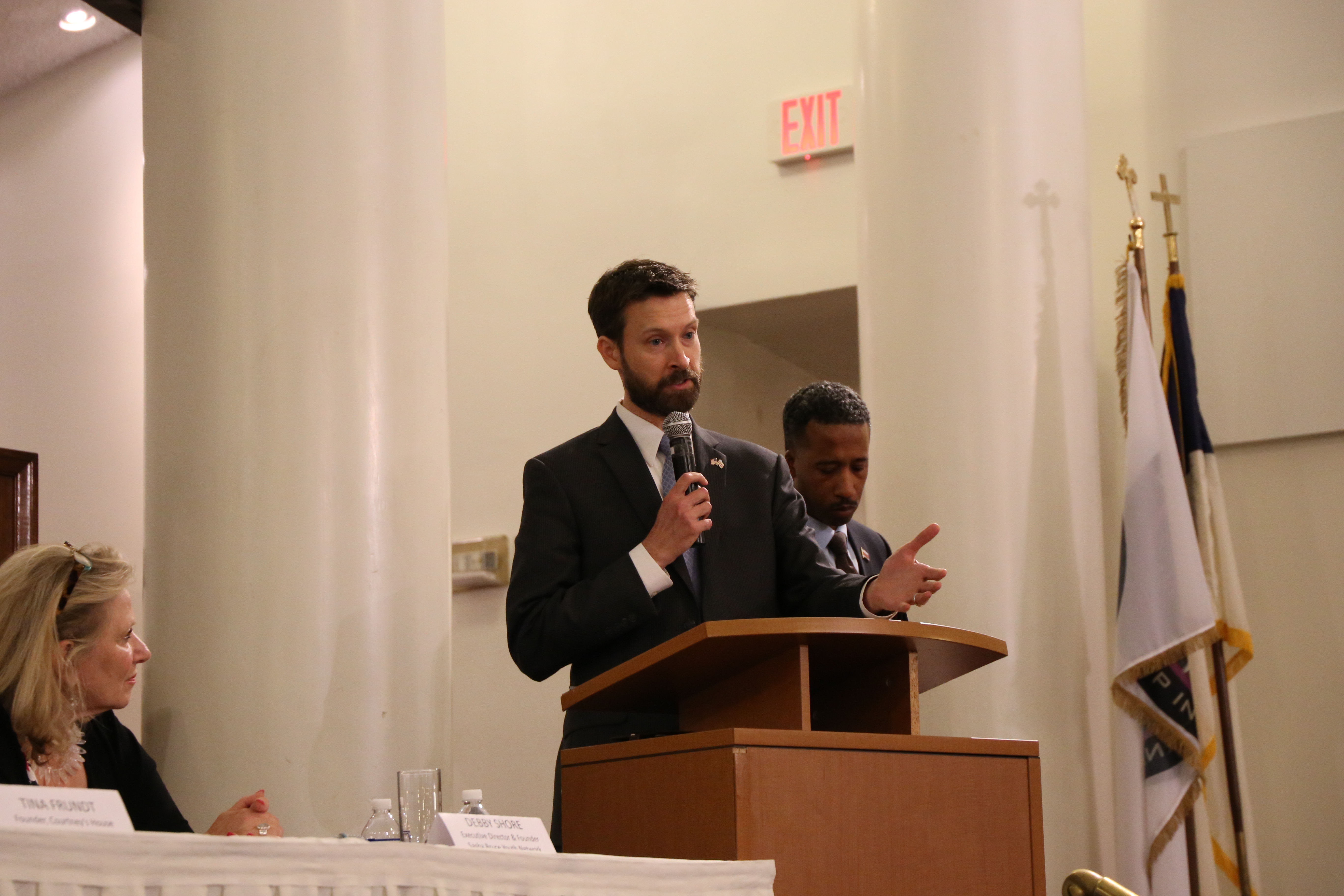 Ward 5 and Ward 6 Town Hall On Missing Youth - Last week I was part of a very critical discussion about the number of young people, especially young people of color, who go missing. You may recall this issue receiving national attention earlier this year when MPD began publicizing the missing children on social media to raise awareness. The good news is that many of the young people are found within a few days and that the number of cases has not suddenly increased. The bad news is that every year, thousands of DC young people feel like home isn't a safe place to stay and they leave. This was a great discussion about how we can better serve these kids. I want to thank Bishop Michael Kelsey, Sr. and New Samaritan Baptist Church for holding such a great event.

Sprinting to Recess - The DC Council officially goes on legislative recess from July 15 to September 15 (although I'll still be working around the Ward during that time). But before then, I've set a busy schedule of hearings for the Committee on the Judiciary and Public Safety. We'll be working on legislation to update protections and services for survivors of sexual assault, revisiting campaign finance and election reform, working to prevent street harassment, and more. With all of these hearings, we invite and welcome testimony from the public. Check out the list of hearings here and contact our Committee office with questions or to testify at 202-724-7808 or [email protected].

I was on the Kojo Nmandi Show Last Friday - Before the long Memorial Day weekend, I was invited to be a guest on WAMU 88.5's Kojo Nmadi Show for their Friday Politics Hour. We talked about a wide range of topics, including a few issues I've discussed here. You can catch the audio here.

DC Water has two new Skimmer Boats - Skimmers are the boats that go along our Anacostia and Potomac waterways and remove debris, trash, and more. Getting two new boats on the water is going to work wonders for cleaning up the river and I was honored to be there for the launch and for the big unveil of their names - Flotsam and Jetsam. I even got to go for a short ride on a beautiful Friday afternoon on the river.

New Faces In My Council Office and On My Committee Staff - The work in Ward 6 and with the Committee on the Judiciary and Public Safety keeps growing, and I've welcomed a few new members to my team. Jeanne Mattison joins Jamaal Jordan and Naomi Mitchell working on constituent needs and community outreach. Sonte DuCote is joining our Committee staff as a policy analyst. Dare Johnson will work our front desk while our longtime front desk staffer Myisha Atchison is on maternity leave with her new baby boy. After Myisha returns, Dare will join the Committee staff. And we welcomed a new Legal Fellow for the summer, Demarquin Johnson, currently a law student at Harvard University.

Do you want to meet with me? The (almost) weekly community office hours I hold around the Ward on Friday mornings are an easy way to grab me for a few minutes and talk about what's on your mind. Check the calendar of events below and come visit me at an office hours event -- I try to get to a different part of the Ward each week.