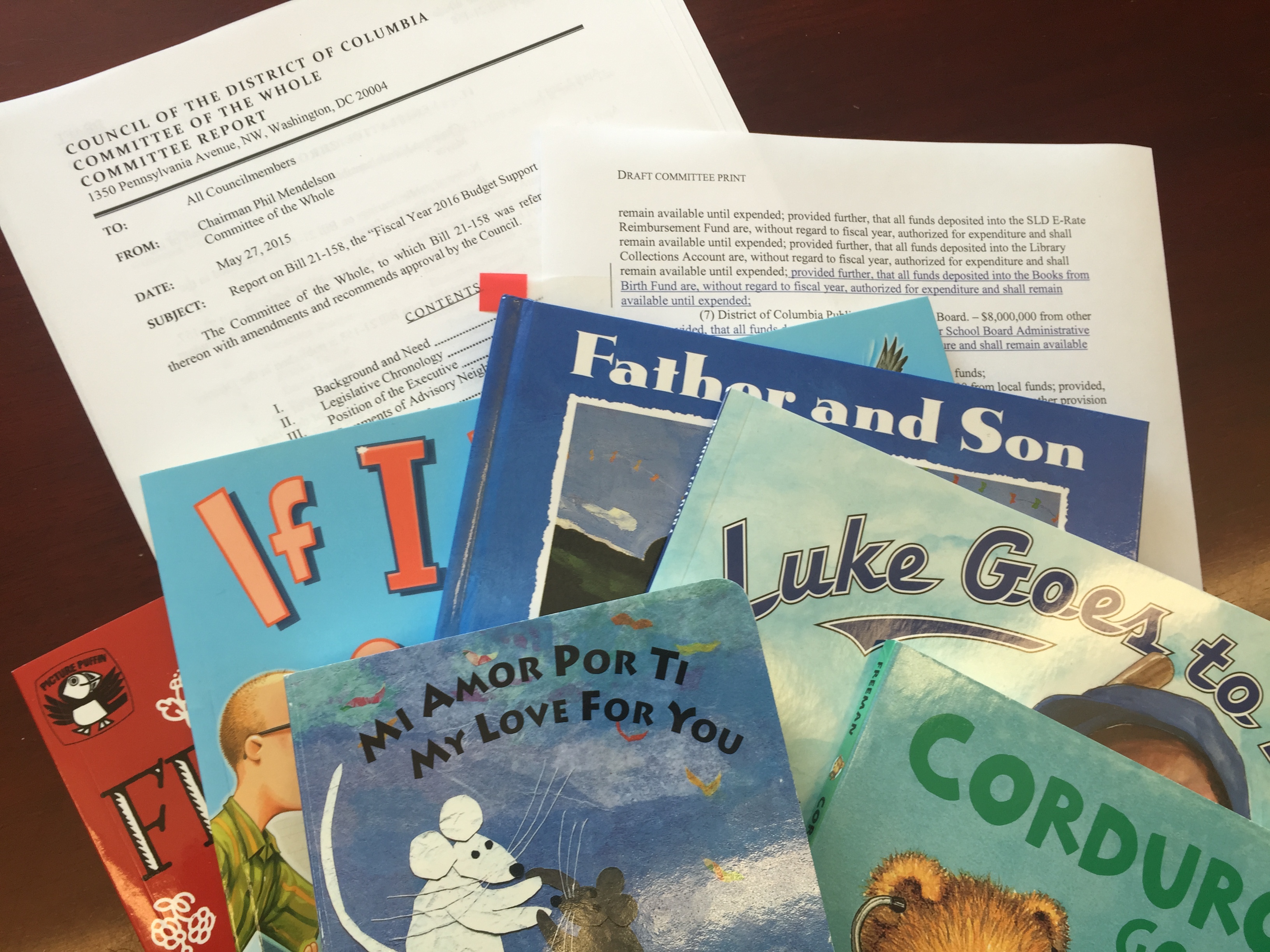 Later today the DC Council will vote on the Fiscal Year 2016 Budget Support Act, which will include Councilmember Charles Allen’s “Books From Birth” legislation.

"In January, I was proud to have all of my Council colleagues co-introduce this bill with me. Today, we will take an important step forward for early childhood literacy in the District,” said Allen. “Our support for ’Books From Birth’ shows we are serious about confronting the District’s literacy and achievement gaps at their starting point, well before those gaps show up in the classroom. Books are direct building blocks for learning, but children must be exposed to them to use them.”

Allen’s literacy initiative, “Books From Birth,” will mail a book to each child in the District every month from birth through age five, while also working to connect families with the full range of DC Public Library resources and educational information, including adult literacy assistance and DCPL’s Sing, Talk, & Read early literacy program.

In March, the Council’s Committee on Education held a hearing on the proposal and nearly 40 early literacy experts testified in support of the initiative’s potential to reach children and families in need.

“I can’t imagine a better partner than the DC Public Library to implement this program. ‘Books From Birth’ will build on the outstanding early literacy work DCPL is doing with Sing, Talk, & Read. But none of that can happen without ensuring the library’s core functions are fully funded, including the book budget and facilities funds,” said Allen. “I’m proud of the work the Council has done to restore funding to DCPL after cuts were proposed to the library’s budget. DC Public Library will be in a strong position in 2016 to continue providing the incredible diversity of services District residents have come to expect and depend on.”

Following today’s vote, the Council will hold a second vote on the budget on June 16.  The final budget will then be sent to the Mayor for her signature.