HEARING AND PUBLIC INPUT ON THE NOMINATION OF ROBERT J. CONTEE, III AS MPD CHIEF OF POLICE 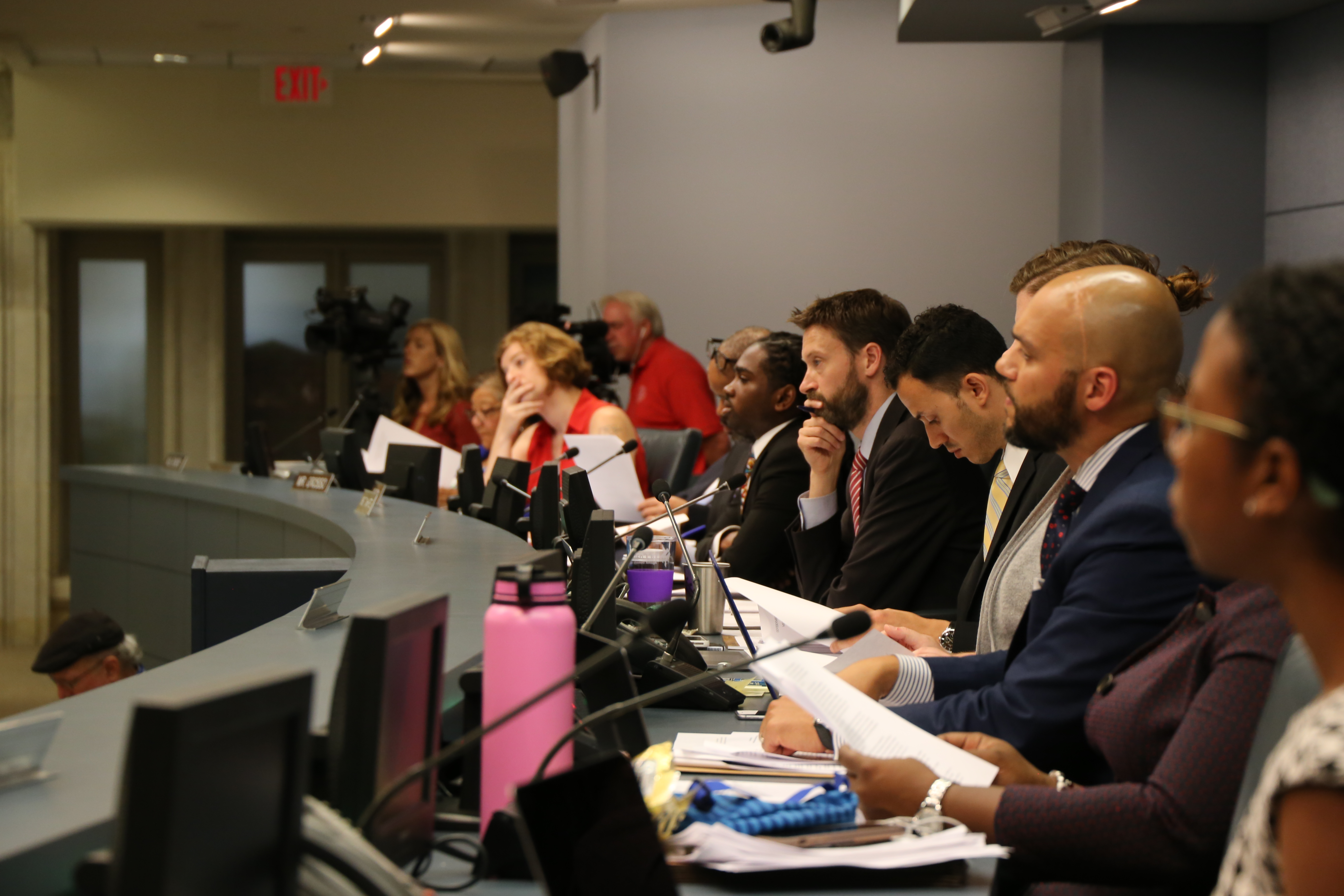 Share your priorities, concerns, support, opposition, or thoughts on the Mayor’s nomination of Robert J. Contee, III to serve as the next Chief of the Metropolitan Police Department.

Given the challenges presented by the COVID-19 Public Health Emergency and the importance of ensuring the public can fully weigh in before the Council, there are a number of ways members of the public will be able to provide input before any Committee or Council votes.

Residents who want to share their perspectives with the Committee or the Council can, but should not feel required to, submit official testimony as part of the record for the legislation nominating Acting Chief Contee. The Committee has created opportunities for both video and written feedback below, but only written comments submitted for the official record on the legislation are included as part of that record.

The Committee on the Judiciary and Public Safety will hold a virtual public confirmation hearing on March 25 from 9:30 a.m. to 6 p.m.

During each portion, Councilmembers will ask questions of the nominee and those testifying. Due to the limits on the virtual process and high interest, there will likely not be enough time for every member of the public to testify live. To ensure everyone who would like to can provide their perspective to the Council, the Committee will also offer several additional ways to testify, outlined below.

Individuals and organizations who want to submit written testimony to be included in the Committee's official record can email their testimony to [email protected] by the close of business on Monday, March 29. All testimony will be shared with the Councilmembers and the public, so if you don’t want your name or other contact information published, please note that in your email.

For individuals who want to share their views with the Council by uploading a video, you can easily record one using your cellphone and upload it to our Dropbox account. We ask that you limit your video testimony to three minutes. Video submissions will not be included in the official record but will be shared with the Councilmembers leading up to the confirmation hearing. You can upload your video here.

Suggesting a Question or Submitting a Comment to Councilmember Allen:

Residents who want to either suggest a question for Councilmember Allen to ask the nominee or share a comment can do so below. These comments will not be included in the official record but will be used in preparing for the hearing.

Suggest a question or submit a comment for Councilmember Allen below.