I’ve been on the phone with MPD regularly and I do have some good news that I can share. MPD has made several key arrests in recent days. Last night, an arrest was made for a group suspected of committing several robberies over the weekend and last week. In addition, on Thursday night, officers made another arrest of individuals suspected of being behind several of the armed robberies last week. I appreciate the men and women of the police department who are working to put an end to this wave of crime. I have talked with MPD Chief Lanier and requested that more resources be put into the 1st District and the neighborhoods experiencing these crimes. Chief Lanier spent more than 3 hours late last week with 1D Commander Brown to review neighborhood hot spots and work out additional deployment plans. She approved these plans on Friday morning and additional resources and officers are being placed into the 1st District. 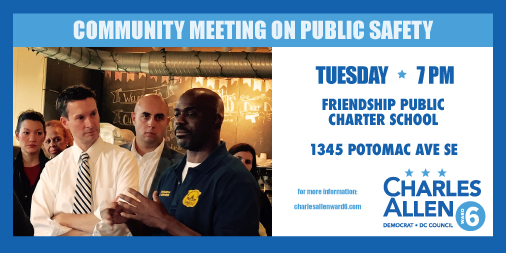 At the same time I am fighting for immediate increases in MPD resources and improved public safety, we also have to look at the long-term problem and solutions. We held a hearing last week at the Council to look at several legislative proposals – everything from changing pre-trial holds, to allowing warrantless searches, to greater investment in community resources and neighborhood engagement. It was a packed hearing and I’m working with the Chair of the Public Safety committee, Kenyan McDuffie, on how we move forward to make changes for our communities and our city. I’m staying very engaged on the legislative front as we look for needed reforms, while I also work with MPD to increase the number of officers and amount of resources we have in our neighborhoods.

To help keep the community informed and answer your specific questions, I hope you can join me for a community public safety meeting on Tuesday evening, 7pm, at Friendship Public Charter School, 1345 Potomac Ave SE. I have confirmed that Chief Cathy Lanier and 1D Commander Jeff Brown will join me. Representatives from the Deputy Mayor for Public Safety, the US Attorney's Office, and the DC Attorney General will join us as well. I don’t want to meet for the sake of a meeting. I want to make sure residents get answers to questions and hear specific steps that the city is taking, as well as talk through long-term solutions that can improve neighborhood safety.

Later this week, I'll be meeting with WMATA's General Manager again about the delays and service cuts at the Stadium-Armory Metro station. As you may remember, I've asked WMATA to shorten their construction schedule, return service to the station, and remove the rush hour fares for rides beginning at this station. I don't think waiting for only one of every four trains to stop constitutes rush hour service, and I don't think riders left waiting should be paying rush hour fares at the only station where these stops are being skipped. WMATA has just announced the creation of a web page where progress on the repairs can be monitored. Updates will be available here. 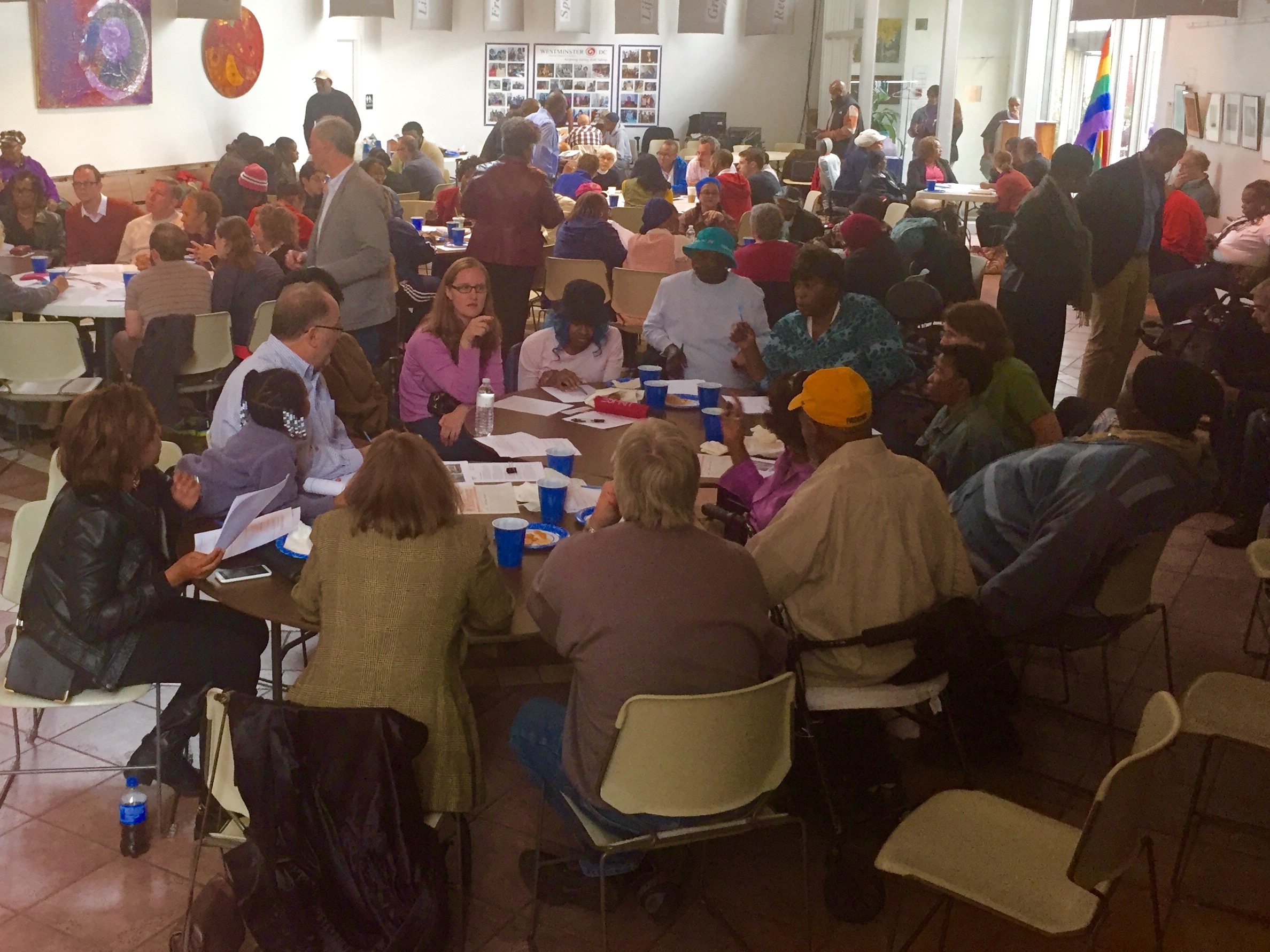 On Saturday, more than 100 Southwest residents gathered at Westminster Church for an in-depth planning meeting on the possible redevelopment of Greenleaf public housing. This important public housing makes up 15 acres of Southwest with nearly 500 units and thousands of neighbors. The conversations ran the gamut from discussions of mixes of height and density, creating jobs and opportunity, developing new community spaces, delivering on community health care needs, and much more. But one theme was consistent and unquestioned, that the city needs to pursue a Build First model of redevelopment to protect this important housing and its residents without displacement. I have worked closely with ANC 6D, the Southwest Neighborhood Assembly, the Near SE/SW Community Benefits Coordinating Council, and many more to have this vision realized. And to put even more pressure on this front, I introduced a measure at the Council last week to ensure the "Build First" approach is a priority for our Southwest community.

Last week, I joined forces with the Department of Parks and Recreation and neighbors around the Shaw community to host a Family Movie Night on the field at Kennedy Recreation Center. DPR provided popcorn and the giant screen, neighbors brought blankets and chairs, and several community partners such as Friends of Kennedy Recreation Center, Bread for the City, MPD's 3rd District, Howard University School of Dentistry, and more helped create positive and family friendly activities for everyone. The Nationals even sent racing president George Washington to take a few laps with the kids (and some of the adults) around the ball field! The positive energy continues with another Shaw Community Day scheduled for November 7, 11am-2pm, at Kennedy Rec Center.

Last week I was honored to help celebrate the 125th anniversary of Eastern High School, joining in an outstanding celebration of the school's rich history as the Pride of Capitol Hill with Principal Rachel Skerritt and some very impressive student performances. On Friday, my staff and I stopped by Eastern's Homecoming Parade, cheering on the Junior ROTC cadets, the Homecoming Court, and the Blue and White Marching Machine. Want to learn more about supporting Eastern athletics? Visit their new booster club, Rambler Nation, here.

DCPS Wants To Hear From You About School Lunches

DC Public Schools is seeking feedback from parents on their school meal program in preparation for issuing an RFP for a new food services contract. Let DCPS know what you like and what you don't about the meals served at your child's school. You can weigh in online here.