Are you interested in serving your community as an ANC?

Have you ever thought, “why isn’t anyone talking about putting in speed bumps on this street?” or “why isn’t someone helping get a new business into that vacant building?” or “why aren’t we getting better benefits from developers on new construction?” Well, I'm excited to tell you about an opportunity to start solving some of those problems–and more! This fall, all 42 of our Ward 6 Advisory Neighborhood Commission (ANC) seats will be on the ballot. That's 42 Single Member Districts (SMDs). After the redistricting last year–which was not just for the Ward lines but also for our ANC and SMD boundaries–Ward 6 now has four additional SMDs and many of ANC and SMD lines you're  used to have been adjusted to balance population size.

What is an Advisory Neighborhood Commission? ANCs are nonpartisan, unpaid, part-time elected bodies that represent the interests and needs of their immediate neighborhood. They advise the DC government and provide recommendations on a wide range of  neighborhood issues, including negotiating with developers on new construction projects, tackling public safety and traffic safety, and helping provide a voice for residents with neighborhood businesses.

We have amazing ANC Commissioners in Ward 6. They're incredibly hard working, care deeply for their neighborhoods, and do great work for our city. During my time on the council, I’ve developed invaluable relationships with our Ward 6 ANCs, who help keep me in the loop on what matters to their families and neighbors on their block. ANCs are made up of several single-member districts, or SMDs, each representing about 2,000 people. Click on the map of our Ward 6 ANCs and SMDs below. 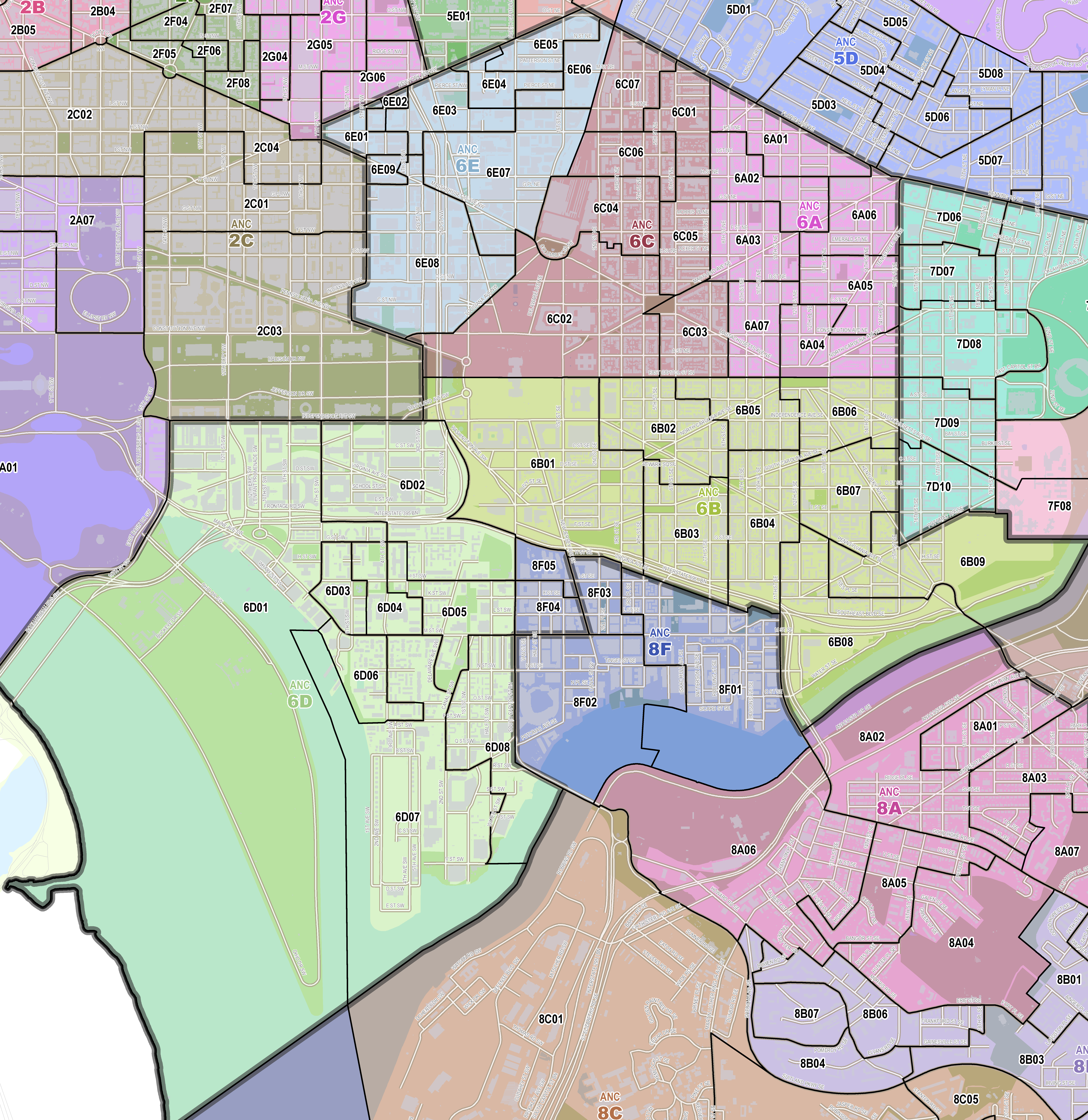 Petitions to run for ANC this year become available next week on July 20 and must be submitted back to the Board of Elections by August 10. And the election will be on November 8. If you care about and want to help lead your neighborhood, you should seriously think about running! If you’re interested in learning more, take a look at the short explainer I shared today, as well as the following resources:

I hope you’ll consider running to serve your neighborhood as an Advisory Neighborhood Commissioner! Please don’t hesitate to reach out to me or my team if you have any questions about ANCs.