Later today, the Council will take a first vote on the city's budget for next year -- here's a rundown of the many projects funded for across Ward 6 that I wanted to share. This is after months of public hearings and debate, and with a lot of details coming into focus.

Last week I sent a note focused entirely on public safety and the $1.7 billion in budget recommendations I led the Committee on the Judiciary and Public Safety to unanimously pass. It's a budget that fully funds our public safety response and invests in the "both/and" strategies I've been talking about, rather than falling back on "either/or" scenarios that haven't worked. Now, I'd like to take a minute to walk through some of the Ward priorities I've already been able to secure funding for in the budget.

I'll send out a regular Ward 6 newsletter soon with neighborhood updates, but wanted to give you an update on where we are with many budget items after today's first vote.

Eastern Market Metro Park Activation and Programming: A few years ago, I added funding to the budget to completely reimagine and rebuild the Eastern Market Metro Plaza into an exciting playground, public space, and renovated plaza. But I want to see these spaces activated to serve the community. In this budget, I've included recurring annual funding to program Eastern Market Metro Park to activate the space and bring neighbors together - music, arts, events, you name it! So far, this funding has been used to hire local musicians and performers, and I think there's still a lot of potential for what else can be done in this space. 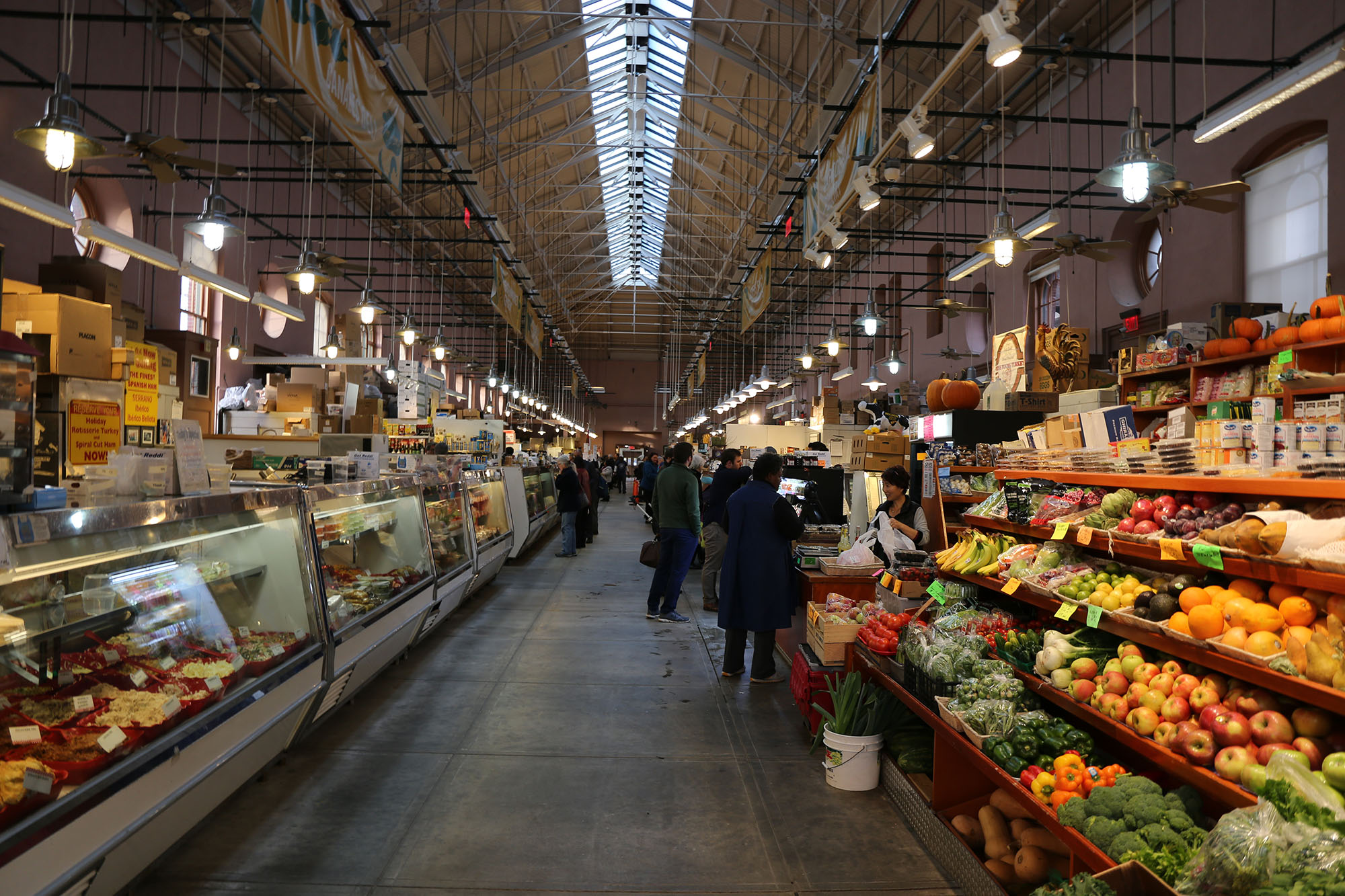 Eastern Market Maintenance Funded: Speaking of Eastern Market, we know it's a gem on the Hill that we have to protect and care for. The Mayor's proposed budget didn't fund Eastern Market's maintenance and repairs in FY23 (beginning this October 1), and nothing in FY25-FY28, either. I'm proud to share we've secured all of the funding needed for the entire six-year financial plan, including fire alarm system upgrades, regrouting the exterior walls, repairing walkways, and much, much more.

School Modernizations: I've made a priority over the years of having the District's budget focus on improving and rebuilding our Ward 6 public schools. To date, I've been able to add more than $700 million to modernize our schools, their playgrounds, and overall facilities. We've been able to modernize Jefferson and Eliot-Hine Middle Schools, Maury, Payne, Watkins, and Van Ness Elementary Schools, School-Within-School, Capitol Hill Montessori at Logan, and more is on the way. Here's what's in the budget moving forward today for our Ward 6 schools: 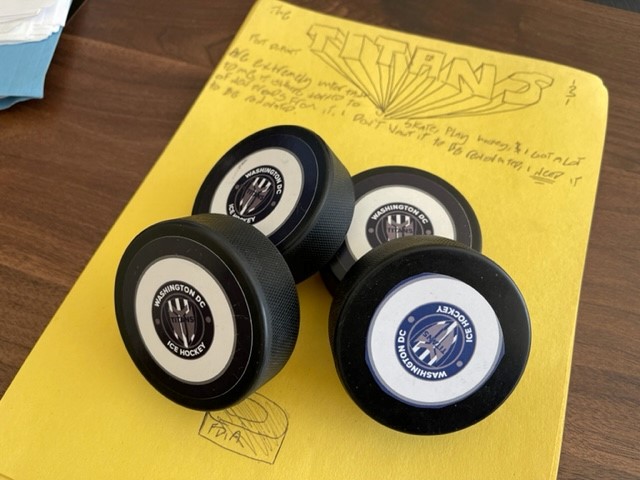 Fort Dupont Ice Arena Upgrades: While this isn't in Ward 6 (Fort Dupont is a Ward 7 institution), many, many Ward 6 families have learned to skate, play hockey, and enjoy time out on the ice. I'm very happy to report that included in the Council's budget is $9 million to add a second sheet of ice to the rink, a critical need for a much beloved institution. In fact, I had some passionate Ward 6 skaters drop off some notes and pucks just last week asking for help for the ice rink. Glad to see it's in the budget. I know this is going to make a lot of folks happy.

Rumsey Aquatic Center: Anyone that uses Rumsey knows it needs some love. I'd like a little more than love, and really believe we need a full scale modernization. To that end, the budget includes $15 million spread over the next two years to upgrade the popular and very busy swim center at Eastern Market. I've worked closely with neighbors to address various states of disrepair, but what is really needed is a full-on modernization.

Rosedale Pool Improvements: Speaking of pools, while Rosedale is now just outside of Ward 6, I know it will remain an important source of recreation and cooling for Ward 6 neighbors. I'm happy to report we secured funding to improve and expand the pool to give it greater capacity and functionality. Overall, there is $6.8 million in the budget spread across FY23 and FY24.

NoMa Metro Tunnel: Good news for the growing neighborhood around NoMa Metro Station - we've secured $50 million to create a direct entrance to the metro station connecting directly to Florida Avenue and the Union Market District. This is one of the fastest growing and most active new neighborhoods in the District, but access to the Metro Station is challenging. As we grow with thousands of new apartments plus amazing new restaurants and businesses, access to public transit is going to be absolutely critical.

Old Miner Early Childhood Education Center: In Hill East, there's planning money in the budget to transform the old Miner school (currently boarded up, sitting vacant, and crumbling inside) to create a new early childhood education center that will make more desperately needed seats available in the neighborhood for families.

Southwest BID Expansion into South of M St.: If you're familiar with some of the great work happening in Southwest, you'll be excited about this one. I've been able to add funding in the budget to give the Clean Team of the Southwest BID the ability to work south of M St., SW. The BID's Clean Team has been critical in so many ways, big and small, for the Southwest community - not just with traditional work, but with providing food, services, emergency care, and even trained to respond to opioid overdoses. And I've been in ongoing conversations with the BID about how we can leverage their skillset to provide more services to neighborhoods south of M St who traditionally are near a lot of economic activity, but not always benefiting from it. This extension will allow for more than just regular cleaning and beautification, but a new type of invest in the neighborhoods south of M Street.

CCNV Tax Debt Relief: The Center for Creative Non-Violence is one of DC's most unique shelters for our unhoused neighbors, located at 2nd and E St., NW. When CCNV was established in the early 90s, it was incorrectly assessed property taxes for several lots it owns before its nonprofit status was properly recognized. That tax debt has remained for 30+ years while the shelter operated on a shoestring budget, serving hundreds of residents each night. I worked with shelter leadership to identify the exact amount needed and have eliminated the back debt + penalties to ensure CCNV can remain in control of its future and not risk losing the property in a tax sale. It also allows them more flexibility to plan for future needs for their building and property to serve their residents and neighbors.

H Street "Hop Scotch" Bridge: The redesign of the H Street bridge that connects H Street, NE to Union Station is fully funded at $215 million. This is a big deal. You've probably read about the long-term plan to completely revitalize Union Station and ensure better connections across the District for this major transit hub. The upgraded Union Station is a once-in-a-century chance to expand rail, transit, housing, and job creation - but the H Street Bridge has to be tackled first so that all the other pieces fall into place.

11th Street Bridge Park: Funding for the 11th Street Bridge Park, connecting historic Anacostia and Navy Yard and southeast Capitol Hill as a park built on the old 11th Street bridge over the Anacostia River, received an increase of $5 million for next year and $15 million in FY26, for a total of $30 million. This is an important step forward as we are getting closer and closer to beginning work on what will be a stunning park on the eastern half of the city, in line with New York's High Line Park. Learn more about the project, which will ultimately be built with private and public dollars, here.

Stabilization of Wharf Fish Market Piers: Also of note, there's funding included for FY23 to repair and stabilize the piers at The Wharf Fish Market. I think we can all agree that's a good idea to ensure those piers stay strong as we grab our fresh seafood.

The budget obviously has much more than this (and I'll share updates on big city-wide issues like per pupil school funding, affordable housing investments, expanded support for excluded workers, incentives for local and neighborhood businesses, and much, much more in another email), but I wanted to highlight several big wins for Ward 6 that I've been able to include in the budget and make clear investments in what makes our community so great and a place we love to call home.

Please let me know if you have any questions and I hope to see you around soon!