Happy new year to you, Ward 6! I'm looking forward to 2020 and more opportunities to continue working to make sure Ward 6 is a great place everyone can call home. As we begin a new year, that means the Council begins its annual process of oversight of District agencies before beginning the formal process of crafting next year's citywide budget.

All of these hearings are open to the public and streamed live here. As we get closer to making decisions on the District's budget, save March 25 for my annual Ward 6 Budget Town Hall. But for now, let's jump into what's happening this month.

The Future of Union Station Presents a Once-in-a-Generation Opportunity - While many Ward 6 residents have heard talk of revamping Union Station for years, the process is reaching an important decision point. And this is the biggest opportunity in a generation to shape a major transit hub in our region. Think of Union Station as the region's fourth airport (yes, that many people move through it everyday), and you'll begin to understand both its potential and its role in not just on DC, but the entire region. Two weeks ago, the National Capital Planning Commission held a hearing to review proposed designs. While there's a whole lot to be excited about in what is mostly agreed upon so far, there are also some significant problems in the current designs - a massive parking garage and road designs that will end up isolating the station on an island choked by traffic, rather than integrating it better with the community around it. I submitted comments, along with ANC 6C and many others, urging that the final design dramatically reduce the amount of planned parking (which is a great deal more than what is even required by Amtrak and Union Station vendors) and to rework the plans to make it as accessible as possible for drop-offs and pick-ups, as just as importantly, our neighbors, pedestrians, and cyclists who are using the Metro. This is a once-in-century type of project and we need to push hard to make sure it’s done right. The decisions today will define how our city and region grow for generations to come. Here are some longer thoughts on the issue on Facebook, and some reporting from Greater Greater Washington, the Washington Post, and the Washington Business Journal.

New Tools to Preserve Housing Units and Protect Tenants - In the first of two votes, the Council unanimously passed a bill I wrote that would protect tenants and discourage downsizing multiple housing units into fewer ones. The District is facing an affordable housing shortage and we need to pursue every tool we can to ensure all neighbors can afford to live in this great city. The bill does a few things, but one of the most important is that it closes a loophole in existing law to help protect tenants from being evicted under misleading circumstances. More from WTOP on the bill. 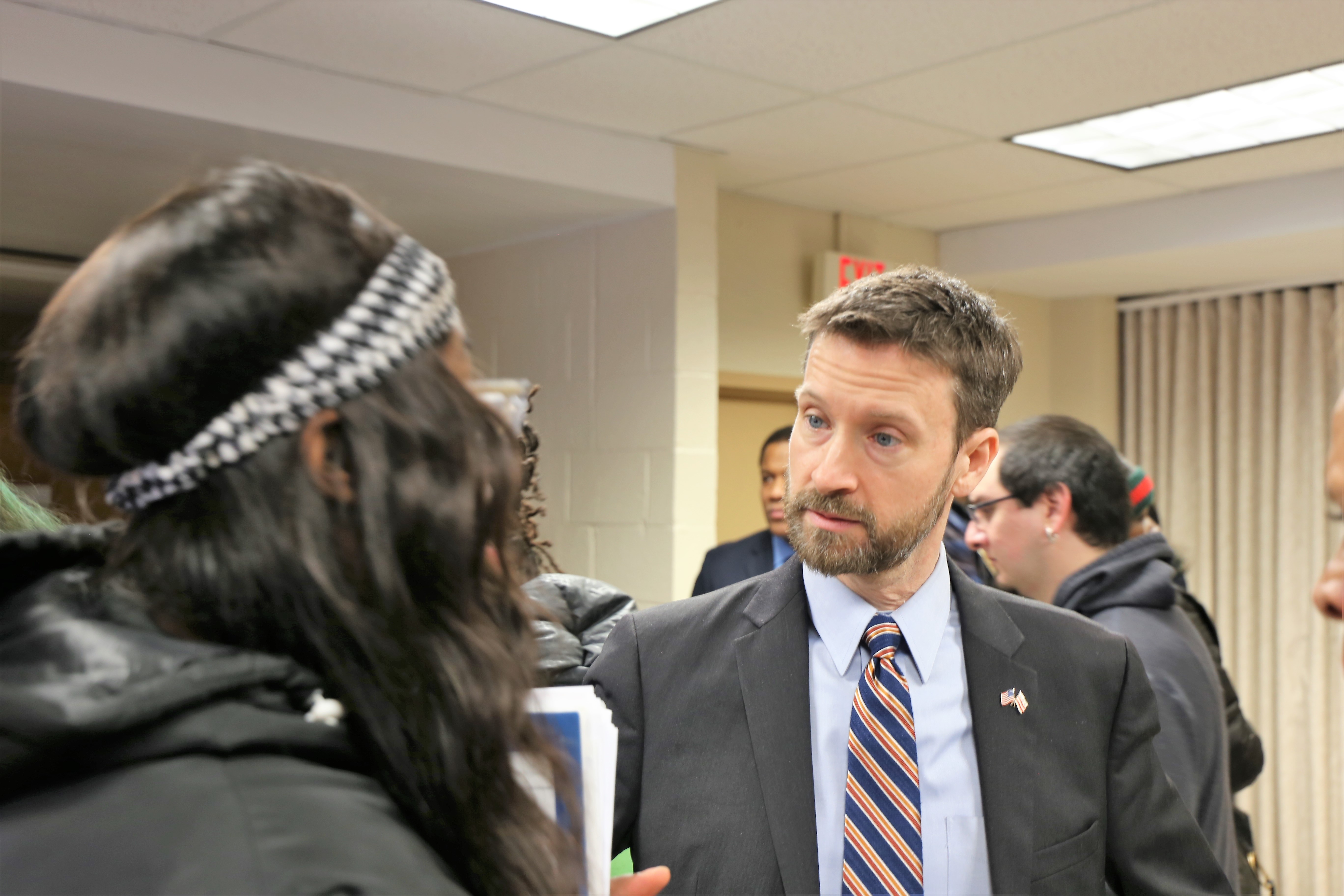 The Wharf Phase 2 Job Fair Connects Ward 6 Residents with Jobs: Yesterday,I co-hosted a job fair with the District Wharf, the University of the District of Columbia, DC Housing Authority, the District's Department of Employment Services, and the general contracting team for phase 2 of The Wharf. The event was held in Greenleaf Gardens in Southwest, focused on hiring residents living right in the community. I want to see more Ward 6 residents get good paying jobs at a major project taking place in their backyard. This job fair was a great start. Based on the conversations I had with a number of Southwest residents, it was a great opportunity to connect with the firms who are hiring to do the work and looking to train for future projects as well. More photos from the event here.

WMATA Ridership Up Last Year - After seven years of declining ridership, WMATA was one of the brightest spots across the nation as it saw ridership grow in the second and third quarter of the year, leading to an annual ridership increase for the first time since 2011, as reported by Citylab. This is promising, but we're about a 100,000 daily rides below where we were in 2011 and we continue to see ridership decline on Metrobus. That isn't surprising, because the District and WMATA haven't made investments in our bus system to power it. But it's not too late! It will be one of my priorities in the coming year to do more to make our public transit system accessible for every District resident. However, I do feel more encouraged knowing District residents are choosing to use public transit for more trips. WMATA recently launched a Ridership portal, making public ridership data for both rail and bus. It's a helpful tool and pretty fun to poke around in.

Related: WMATA voted to endorse the vision, goals, strategy, and recommendations of the Bus Transformation Project at its last meeting. This was a huge survey and project built around finding ways to improve bus service and bring back riders.

Even More Related: Bus to Work Day is February 4! We'll be looking to have some fun and encourage more people to discover the bus as part of their transit options. 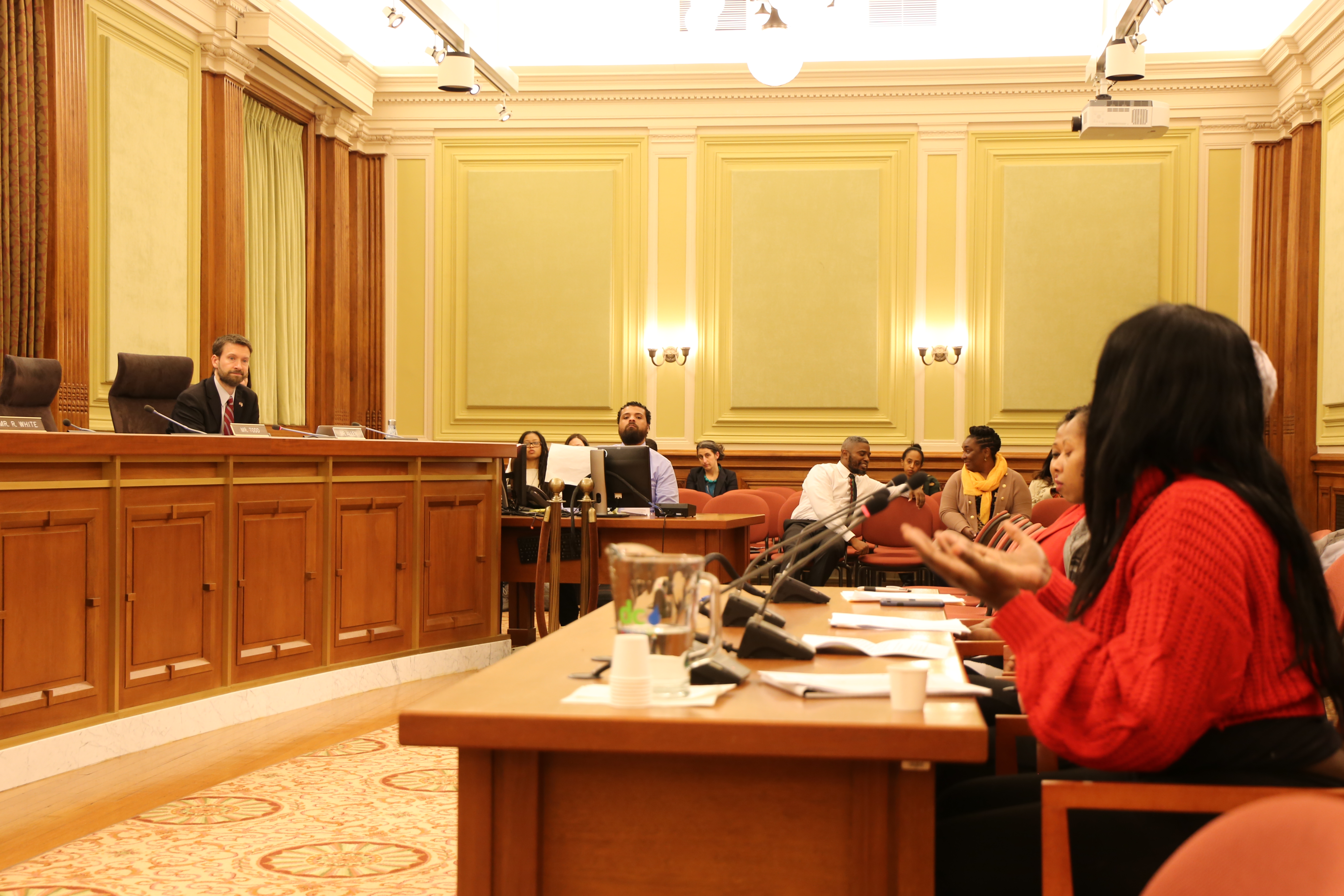 Let's Expand Maternal Health Services - The District of Columbia has one of the highest rates of maternal mortality in the nation - which doesn't count the many near-misses that come from complications with pregnancy, birth, or postpartum issues. We can take steps to fix this. At the end of December, the Council's Committee on Health held a public hearing to consider my "Maternal Health Care Improvement and Expansion Act of 2019." The bill proposes expanding requiring insurers to fully cover two postpartum medical provider visits, home visits by a medical provider, and fertility preservation services. It would extend maternal care coverage for a full year after the birth of a child for women at 319% of the poverty line or below. It also would create a brick and mortar Center for Maternal Health and Wellness, required to be accessible via public transit, that would help provide a community and a hub for help to mothers and expectant women. Finally, the bill mandates implicit bias training for medical professionals. The issue of maternal health is finally gaining steam in the media -- East of the River has coverage of my bill, as does the Washington Informer, and The DC Line has an overview of the issue.

Related: It's Not Too Late To Get Health Insurance - DC residents, small businesses, and employees can still enroll in a health insurance plan offered through DC's health exchange through January 31. Visit the exchange here.

Holding Employers Who Commit Wage Theft Accountable - Last week Attorney General Karl Racine announced a major win in court as Power Design, Inc, a national electrical contractor, will have to pay nearly $900,000 to workers it had mis-classified as "independent contractors," which cut labor costs while denying employment benefits they were owed. Councilmember Elissa Silverman and I sent a letter back in 2018 expressing concerns around Power Design, Inc, and in last year's budget we worked together to fund full-time attorneys in the Office of Attorney General focused specifically on wage theft. This is an important win for DC workers.

Violence Interrupters Get at Root Causes of Gun Violence - If we're going to reduce gun violence, it means working toward solutions beyond traditional policing and getting at the root causes of violence before someone pulls the trigger. That hard work is based on relationships in communities where violence is happening and ensuring when someone who is at-risk of committing a violent act (or being the victim of one) is finally ready to engage and accept support, we have it ready. That focus was of a big part of the conversation at last week's oversight hearing for the Office of Neighborhood Safety and Engagement. Here are my remarks to a panel of violence interrupters who testified about their work taking place across the District. If there's one takeaway from the hearing, it's that a lot of people are pouring themselves into stopping the violence. It's taken a little over two years of hard work to establish our violence interruption programs, so it takes time to earn the trust of community members. As Chair of the Committee on the Judiciary and Public Safety, I am committed to ensuring these efforts are built up in a sustainable, strategic, and intentional manner. 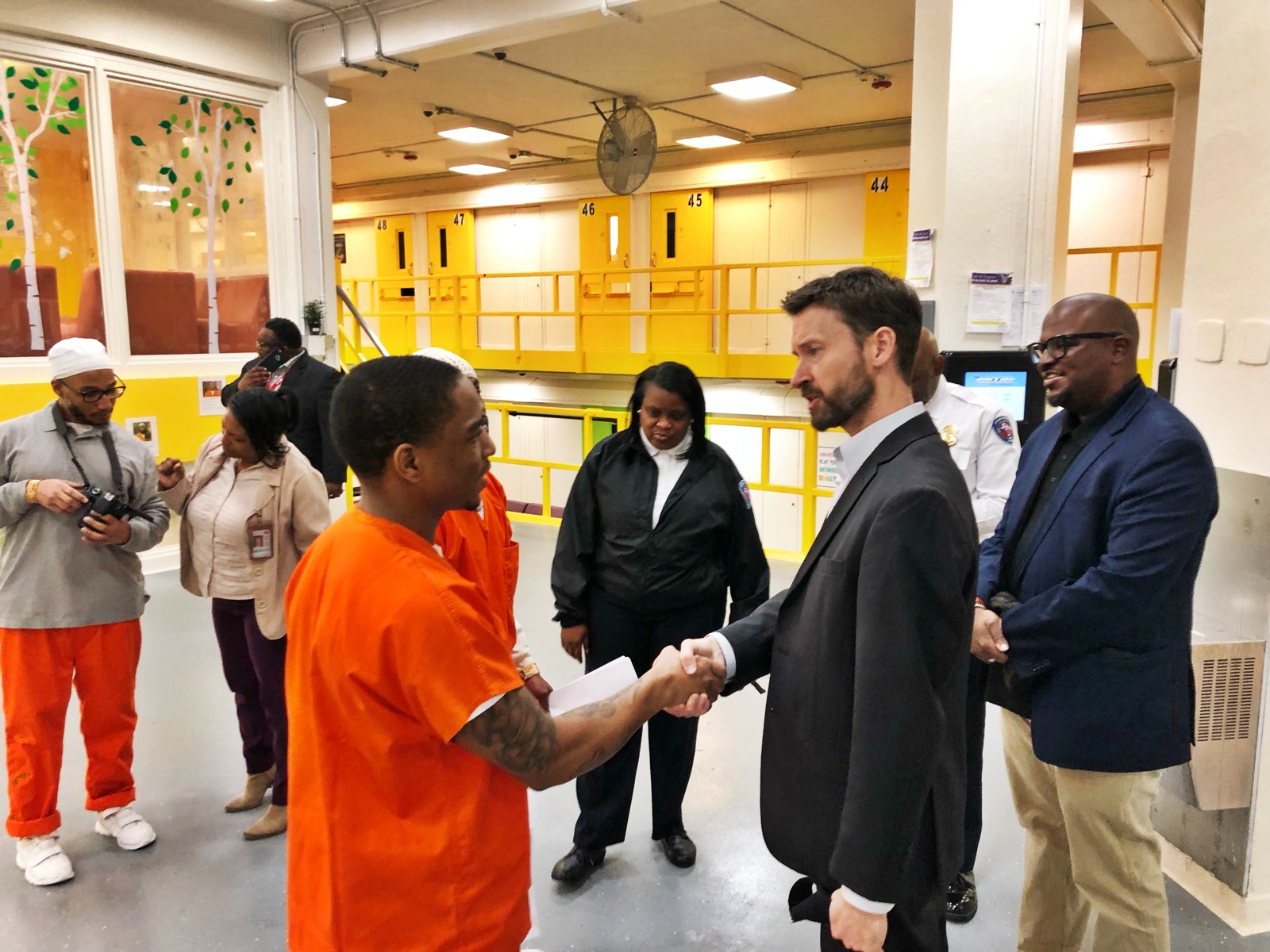 The Young Men Emerging Unit at DC Jail is Changing Incarceration - I have written a few times on social media about my visits to the Young Men Emerging Unit within DC Jail. It's a special program that is testing what can be done during incarceration to foster true rehabilitation. That means helping incarcerated men feel safe enough to get out of "survival mode" and start to assess their priorities and needs. The Young Men Emerging Unit, YME for short, is teaching us lessons on what can be achieved. YME pairs older men serving longer sentences with young men under the age of 25 in a supportive, mentoring relationship in their own space within DC Jail. NBC 4 recently did a profile of the program and the Washington Post profiled the program's own newspaper (of which I am a regular reader). If you want to feel some hope about improving incarceration and truly making it an opportunity for rehabilitation and growth, these are great places to start.

January 30: DC Camp Fair - Heads up parents, the DC Camp Fair returns at JO Wilson Elementary School on Thursday, January 30, from 6-8 pm. The Camp Fair is open to all District families and will have information and representatives from summer camp programs in the neighborhood, in the District, and in the region. More information here: https://www.dccampfair.com/

My School DC 2020 Lottery Now Open - The lottery for the 2020-21 school year is now open. This is the application for all children to attend any pre-k 3 or 4 program, as well as for DCPS and DC Public Charter Schools that your child is not currently enrolled in or outside of your neighborhood boundary. Of course, if you're happy with the school your child attends or plan to send your child for K-12 to your in-boundary school, you can skip the lottery. 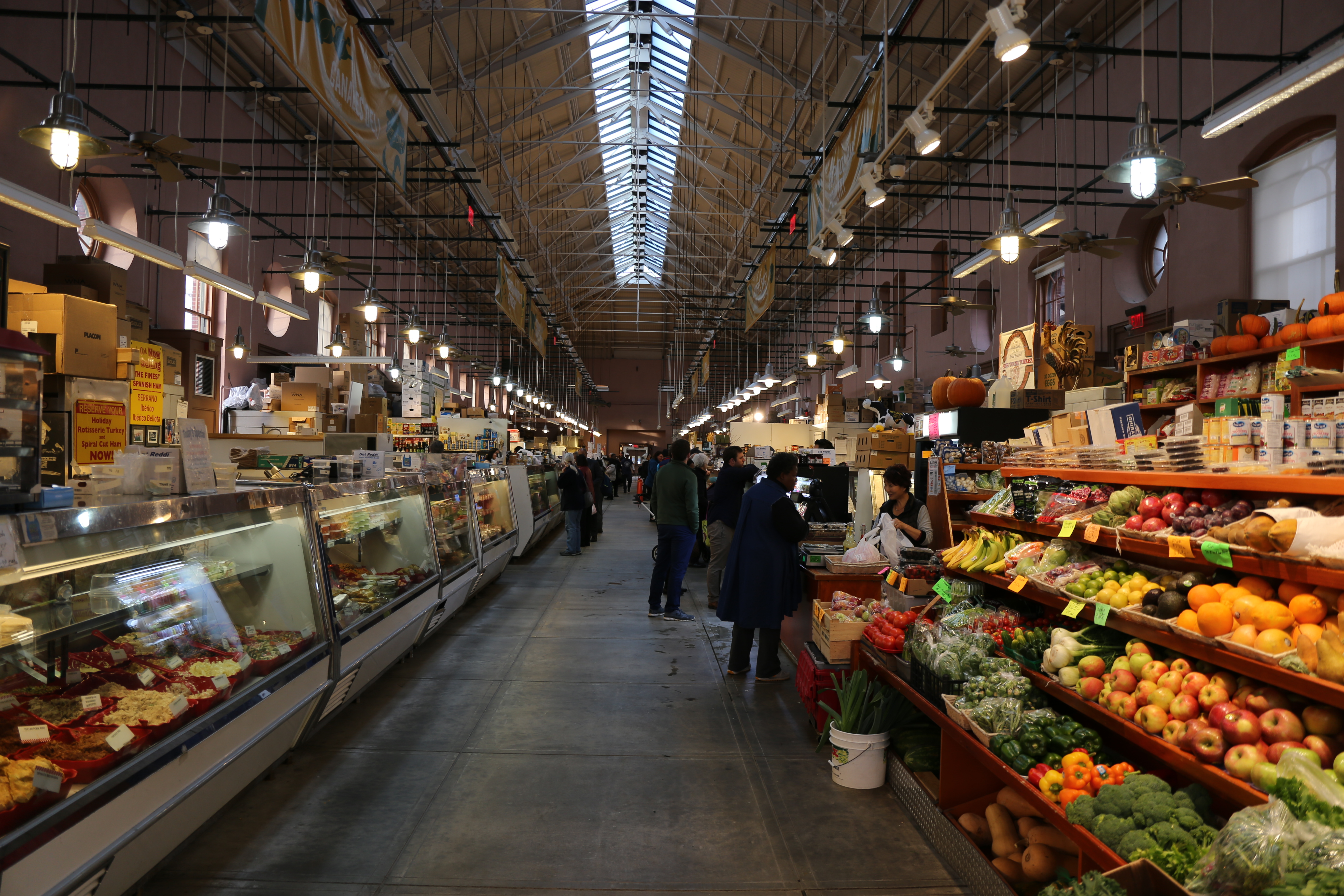 [Today!] DC Multilingual Education Fair Returns January 25 - Don't miss the 4th annual Multilingual Education Fair for DC, which has resources for families and educators interested in multilingual learning. The fair is on Saturday, January 25, from 10 am to 3 pm at Theodore Roosevelt High School. It is free a free event. This fair is part of the DC Language Immersion Project, which works to expand the number of opportunities for speakers of different languages to learn a new language through education.

Save the Date! Ward 6 Budget Town Hall On March 25 at Maury ES - If you want to share your priorities with me about funding schools, parks, public safety, streets, sidewalks, bike lanes, and so much more, don't miss my annual Ward 6 Budget Town Hall! I'll do a quick overview of what's been proposed and where we are in the process and share some of my priorities, but then I want to hear from you. RSVP here and you'll be on the email list when we get more details as we get closer.

Office Hours Return in February - My regular Friday morning office hours will resume on February 7 at Compass Coffee in Shaw. The full schedule up on my website for your planning.

As always, thanks for taking the time to read.