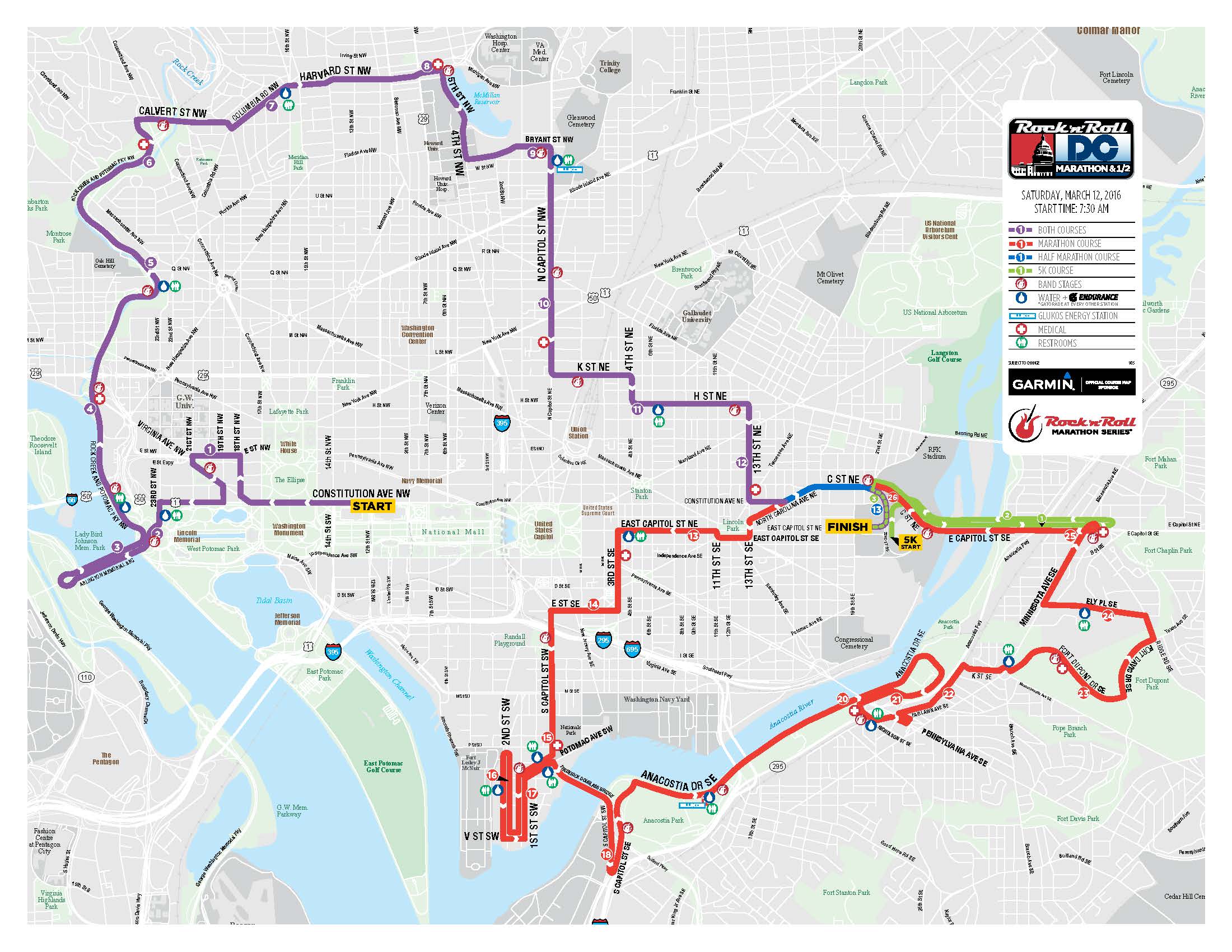 With the Rock 'n Roll Marathon taking place this Saturday, expect delays and plan ahead. There will be many rolling road closures during the race. The marathon winds its way through many neighborhoods of DC, and several Ward 6 communities will be impacted. Most road closures and detours will be in effect between the hours of 7:00 am and 2:00 pm, but you can find more detailed timing information here. The race begins at 7:30 am, and streets will reopen on a rolling basis after all runners clear that part of the course.

Like many in Ward 6, I depend on Metro. Most days, I ride the bus or train to and from work (or just to get around town). While Metro is a regular part of my day, I’m also concerned about its future – not just for our neighborhoods, but for our city and the region. That’s why I’m very pleased to see many of the first steps being taken by the new General Manager, Paul Wiedefeld. He’s been on the job 90 days and I think he’s a welcome breath of fresh air for our transit agency. Under his leadership, he’s moving quickly on several improvements for all riders. In the last couple of weeks, Metro has taken steps to tackle safety needs by increasing the number of officers on patrol on buses, trains, and in stations and improving visibility with new uniforms with bright and reflective neon yellow. The system is also working to improve riders' experience, with commitments to system-wide wireless service, a new free grace period for riders to exit the same station they entered without being charged if their plans change or trains are delayed, and launching BusETA, a new and more accurate open-source bus prediction service to replace NextBus. There is certainly a lot of work ahead to improve our Metro system, but I’ve been encouraged with the sense of urgency and openness displayed by the new GM and will continue to work with WMATA and the Board to achieve the type of transit system we all want to see.

As I’ve written about more than I wished, improving public safety remains a top priority. Over the last several months, I continue to stay in touch with each of our MPD Commanders. We’ve had two major leadership changes in Ward 6. Commander Stuart Emerman has taken over as Commander for the 3rd District (which includes the Shaw neighborhood) and Commander Robert Contee has taken over as Commander for the 1st District (which includes the majority of Ward 6). I’ve been impressed with both of them and have been talking with each about their strategies for the neighborhoods and to be proactive as the weather warms.

I’ve also shared with you that the Council has worked on broader public safety reforms. Those efforts were approved recently and I thought it would be helpful to share more detail and information. Here is a list of things that are funded and will be implemented immediately through this legislation:

• The DC Superior Court, Pre-Trial Services, and prosecutors can now revoke pretrial release for up to 72 hours if an individual violates a stay-away order or tampers with a GPS tracking device.
• My legislation to create a rebate program to help residents and businesses install security cameras on the exterior of their property and register them with MPD is now permanently in law.
• The Department of Forensic Science will be able to begin hiring retired officers, enabling the Department to bring experienced staff into the Crime Scene Sciences division and freeing up patrol officers to be out on the streets where we need them.
• Puts in place new officer retention and recruitment incentives – critical to crime intervention and prevention, as well as helping ensure we keep an adequate number of officers on the force.
• Revises the problematic definition of Assault on a Police Officer and codifies Resisting Arrest.
• Expands data collection and reporting by MPD in several areas and directs the Deputy Mayor for Public Safety and Justice to annually analyze trends associated with MPD felony crime statistics, utilizing several specific data points.

These are real, immediate, and meaningful reforms – and there are more within this law. These efforts, along with many more aspects of the overall legislation, are a good step to improving public safety (in addition to the millions of dollars for other measures we're put in place over the last year). I also continue to work with neighbors on other ideas. I take these efforts seriously and continue to work with urgency to ensure a safe community for everyone. 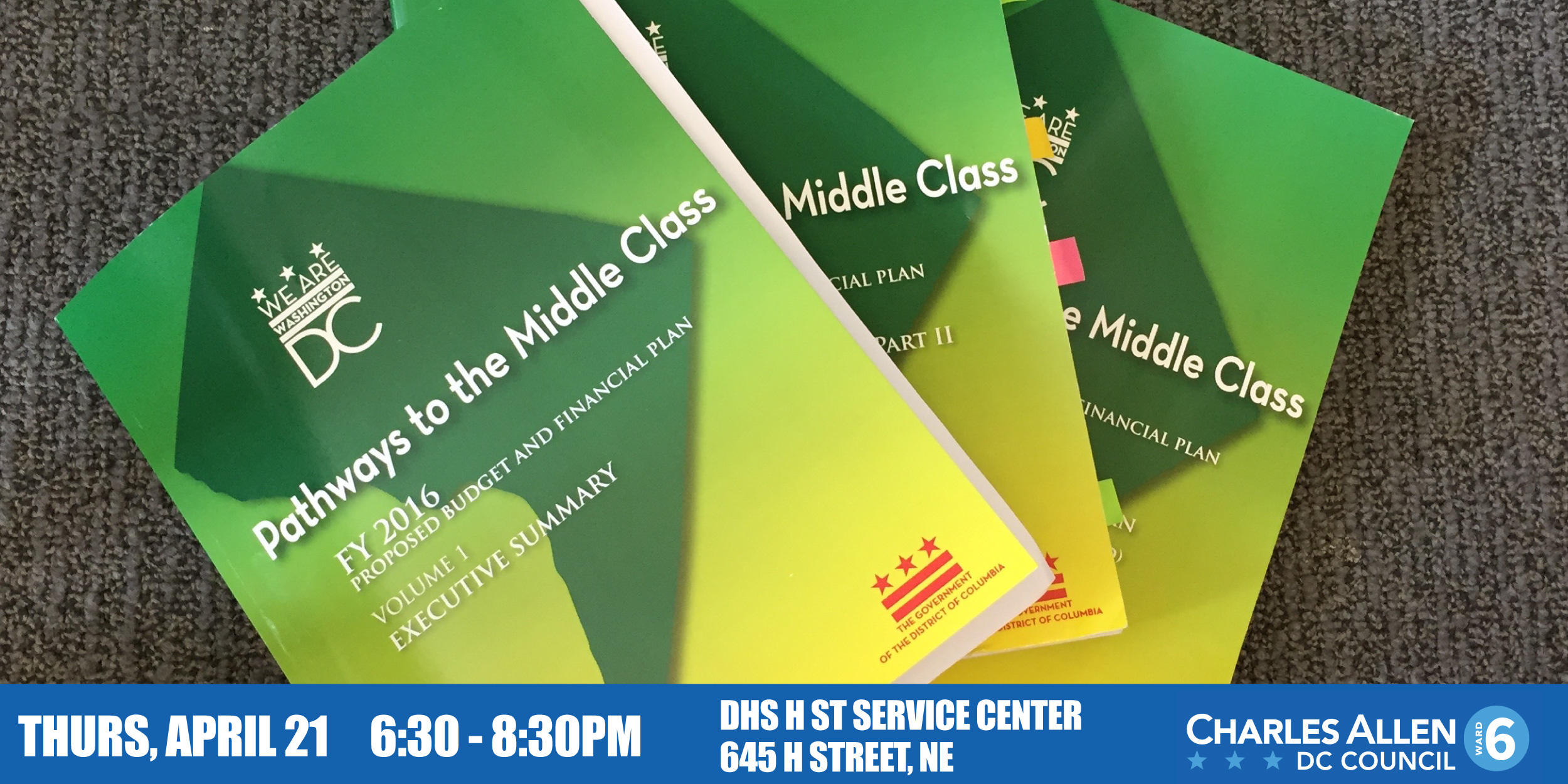 At the Council, this time of year is consumed with annual oversight hearings for agency performance over the last year. Thank you to the dozens and dozens of Ward 6 residents who have come down to the Council to testify. Later this month, the Mayor will release her proposed budget for next year. The Council will be briefed on the Mayor's Budget on Monday, April 4, and start work on Budget Hearings on Wednesday, April 6. Please keep in mind that these hearing dates may still move a bit, but more or less, this is a fairly reliable schedule of the upcoming hearings. I encourage you to sign up to testify, share with your neighbors, and stay in touch with my office for any schedule changes.But I also know that not everyone can come down to the Wilson Building in the middle of their day. So like last year, I will be hosting another Ward 6 Budget Town Hall to bring the budget closer to home, to share my budget priorities, and to ask you to share yours. The date is April 21 at 6:30 pm. Please save the date, join me, and let your voice be heard! Here’s a link for more information and to RSVP.