It's been a busy few weeks here at the Council. As the Council's session nears its end in December, the pace picks up at an even faster clip! Just a sampling, but in the last week or so, I've testified at a hearing with Congresswoman Norton on behalf of several neighborhoods across Ward 6 about the federal Bureau of Prisons' consideration of new halfway houses. I've met with the Southwest Waterfront Chapter of the AARP to talk about aging-in-place and issues facing our senior neighbors. As a guest of Navy Yard Washington, I joined the men and women of our US Navy to get a taste of Fleet Week in Baltimore (and talked to several people about how we could bring some similar events to the growing waterfront in the District). We held hearings on school modernization and several broken promises to school communities. The Council gave initial approval to my legislation to create Automatic Voter Registration for DC residents (you can read more in the Washington Post). And of course, I got to take a sneak peek at the new REI flagship store opening in NoMa! 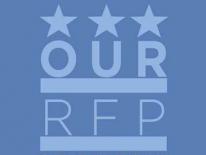 Good news for neighbors of the vacant Boys & Girls Club site in Hill East. After a previous RFP process failed to produce a community-supported redevelopment bid, I asked Mayor Bowser to restart the process using the District's new OurRFP model, which incorporates public engagement early on to ensure that the community's priorities are reflected in the design of the RFP.

I met recently with the Mayor and the Deputy Mayor for Planning and Economic Development (DMPED) to discuss this site and they agreed to move forward using OurRFP. DMPED will hold two community meetings early in the new year to hear from neighbors and help shape the RFP prior to its release. I am very pleased that Mayor Bowser was so receptive to restarting the process and using a more community-driven model to craft a shared vision for this site. The Boys and Girls Club has a long history in Hill East and I'm hopeful this process will result in a project that honors this history, reflects neighbors' priorities, and continues serving the community.

Earlier this month I hosted a Ward 6 Statehood Forum to talk with residents about the Advisory Referendum on Statehood that will be on the ballot next month and the proposed state constitution that was under consideration by the Council. Thanks to Mayor Bowser and our Statehood Delegation for joining me to answer questions. Thanks as well to everyone who attended, followed along on Periscope, or came down to the Wilson Building to testify at one of the Council's statehood hearings. On Tuesday, the Council approved a revised statehood constitution that addresses many of the concerns raised by advocates during hearings and most importantly, mandates a constitutional convention by elected delegates within two years of statehood to ensure a much stronger role for our residents in charting our future. 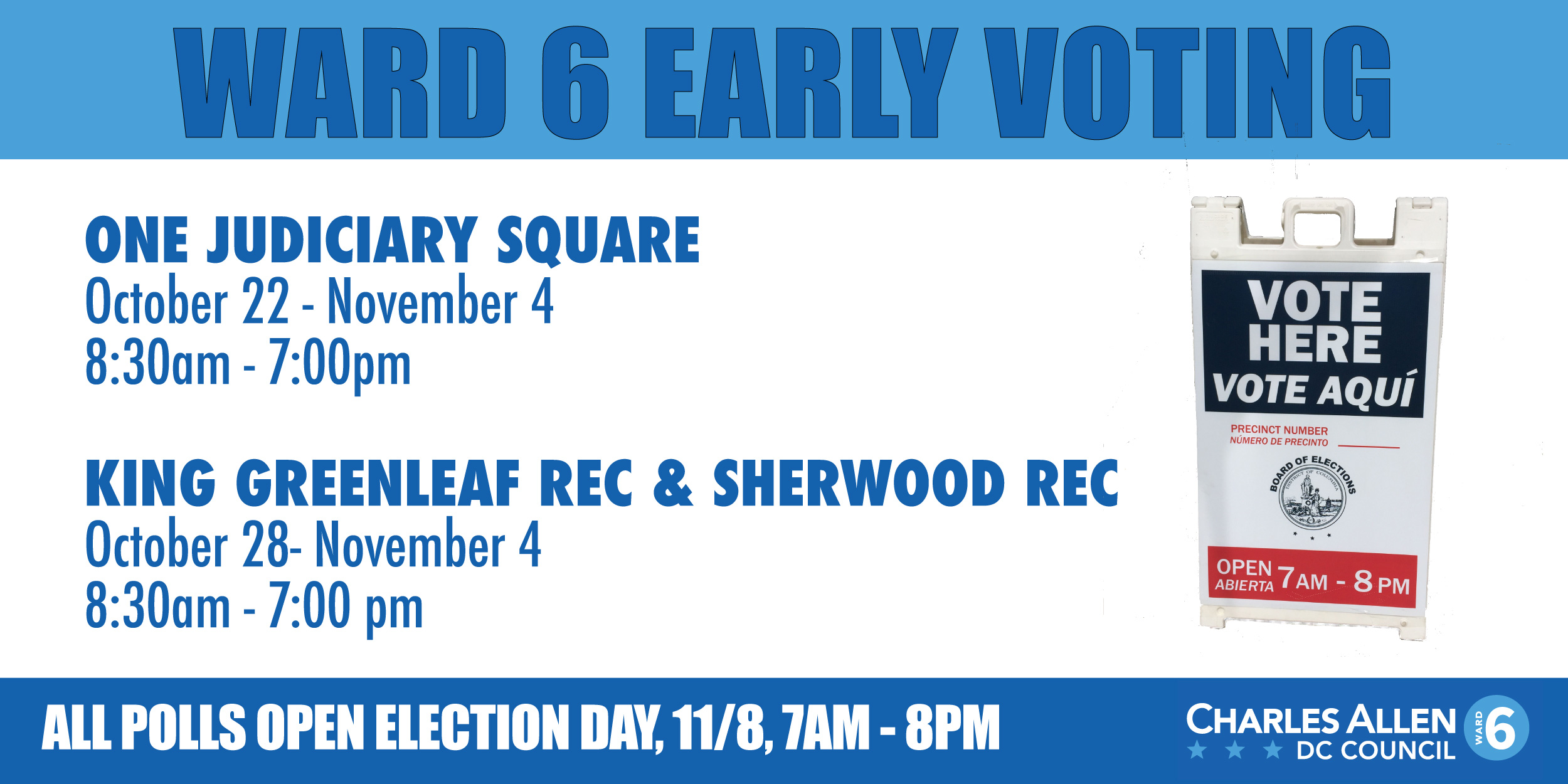 You don't need to wait until Election Day to vote in the District. In fact, nearly 18% of Ward 6 voters cast their ballot before Election Day even arrives! Early Voting begins on Saturday at One Judiciary Square from 8:30am until 7:00pm through Friday, November 4. Ward 6 Early Vote sites, Sherwood Rec and King Greenleaf Rec, will open the following Friday, October 28, 8:30am until 7:00pm, through Friday, November 4. You can see a sample ballot here and a list of general election candidates here. And don't forget, DC has same-day voter registration. Voters may register at any Early Vote site or at your assigned polling place on Election Day. Bring a current proof of residency to register and vote on the same day.

Zoning matters. It may seem overwhelming at times, but how our neighborhoods are zoned determines how they grow and how they work. That's why it's important to keep an eye on the upcoming process to amend the District's Comprehensive Plan. The Comprehensive Plan is a 20-year vision the District uses to guide future development. It is a critical tool when allocating public services, infrastructure, and capital investments. It also guides the use, density, and design of buildings within the nation’s capital. The Office of Planning (OP) has launched the second amendment cycle to the Comprehensive Plan to ensure that the Plan remains responsive to the needs of the community. Your ideas are essential to a successful amendment process. Between October 19th and November 14th, OP is hosting a series of 7 community meetings. You can attend any of them, but for most in Ward 6, the best choice will be Thursday, November 3rd, 6:00-8:30pm, at Jefferson Middle School, 801 7th Street, SW. Please see plandc.dc.gov to learn which Area Element includes your neighborhood. Come learn about the amendment process, share your ideas, and help shape the future of the District!

I may be biased, but I think Ward 6 has the best line up of Halloween events in the city. Not convinced? Just check out the list of events below! If I missed your favorite, please tweet us at @CM_CharlesAllen and we'll help get the word out. With great events in every neighborhood of the Ward, I hope to see you out celebrating the season with family and friends.

We will be celebrating the 10th Annual Ward 6 Brickie Awards on Thursday, December 1, 6pm - 8pm. Nine years ago, then-Councilmember Tommy Wells began this annual celebration of the people, places, and organizations that make our community great. It's a tradition I'm excited to continue! More information about nominations and location are coming soon, but I know that's a busy time of year so please save the date so you can join us.