Halloween is here. My oldest child finally decided on her costume and she's going as...the universe. If you're curious what that will look like, find me at Hilloween tonight at Eastern Market. And I'm excited to share the 2018 Brickies Awards (our annual Ward 6 party) will be on Wednesday, December 5, 6-8pm - stay tuned for more info and how you can nominate your neighbors for an award. In the meantime, it's moving fast at the Council as we sprint to the end of session in December, so let's dive into the update: 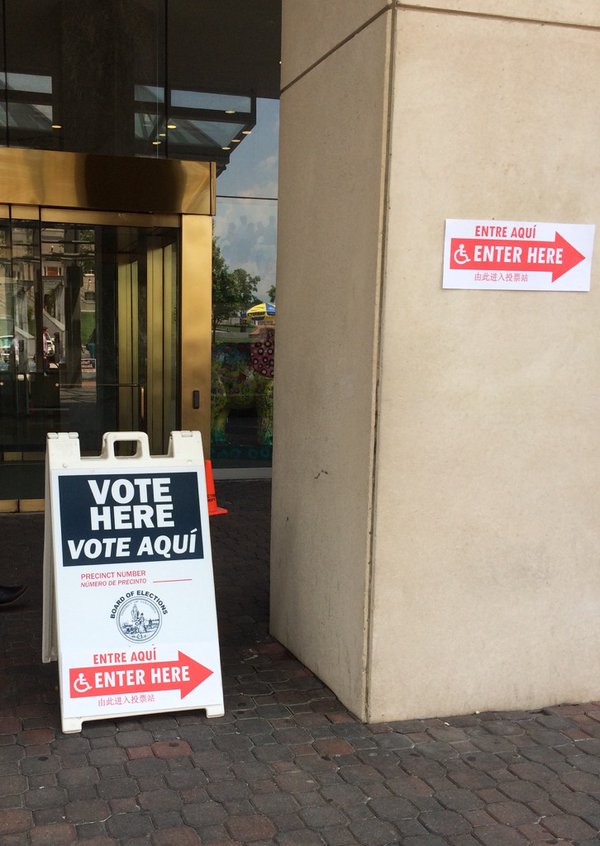 Where and How to Vote: Early voting is underway for the November 6 general election - in the first three days, turnout is up 67% compared to four years ago! Early voting sites are open today in Ward 6 at Sherwood Rec Center (640 10th St., NE) and King-Greenleaf Rec Center (201 N St., SW) daily from 8:30 am to 7 pm, including Sunday, through Friday, Nov 2. Registered voters can vote at any early voting site: https://earlyvoting.dcboe.org/ 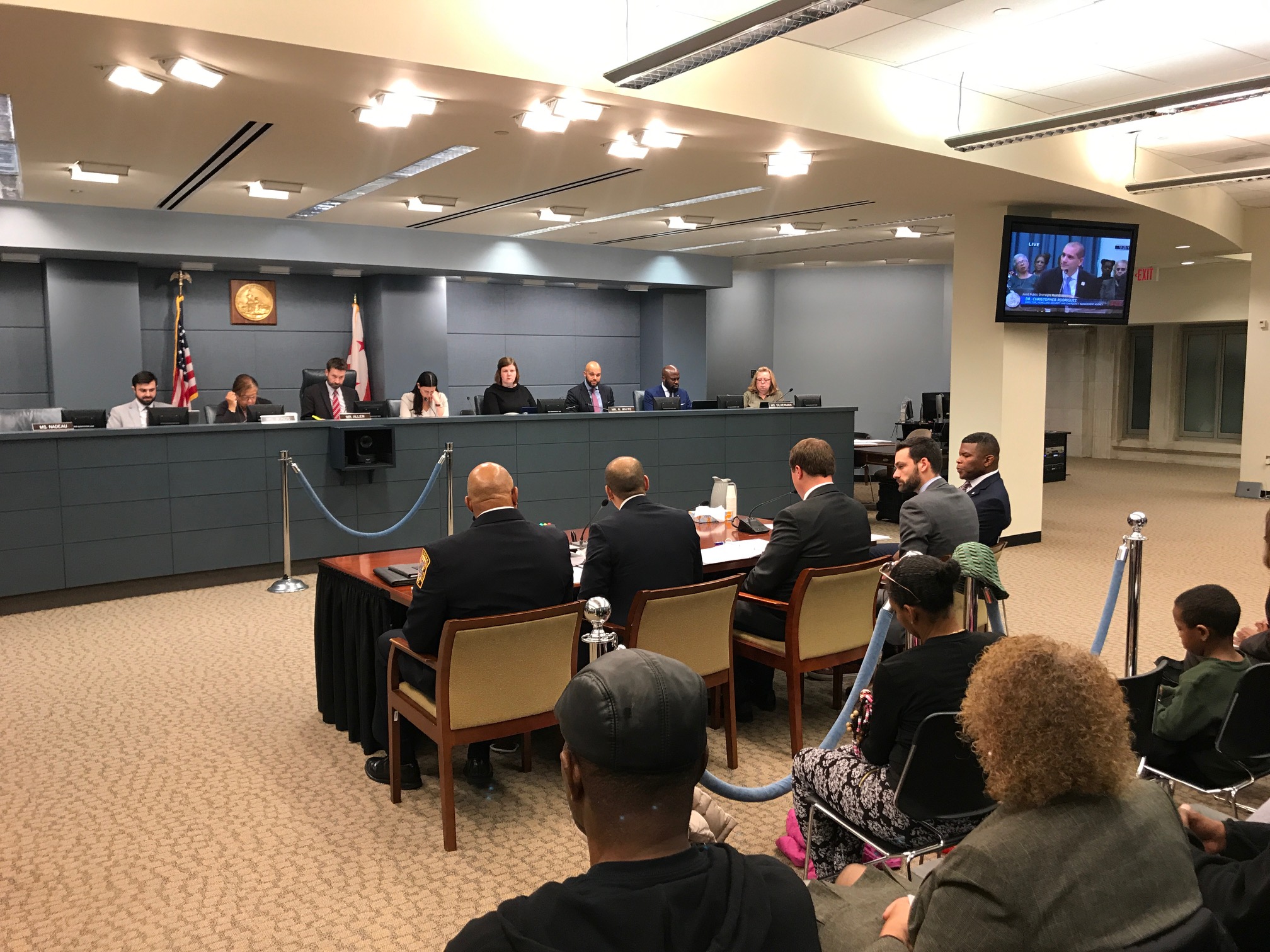 Accountability for Arthur Capper seniors: Yesterday, I held a roundtable hearing to investigate what happened at Arthur Capper -- from the cause of the fire to the city's response in the aftermath and in the month since the fire to serve our seniors. We can celebrate that, thanks to neighbors, our brave first responders, the Marines, and so many others, everyone survived the fire. And at the same time, we can review the response with a critical eye and recognize lessons learned for the city to improve its preparation for the next crisis. The Washington Times covered the hearing.

Latest on Airbnb Legislation: I know many Ward 6 residents received a misleading text message from a lobbying group about the short-term rental legislation the council is debating. I, along with many of my colleagues, were concerned we were voting last minute on a sudden proposal to spend $104 million of your tax dollars to fund these regulations and urged the Council to wait on a final vote, which Chairman Mendelson agreed to. If you'd like the full story, click here. The challenge comes down to zoning. Right now, the bill comes with that hefty price tag mostly because 80-90% of short-term rentals would be illegal based on our zoning laws as they stand, so the price tag includes the estimated lost tax revenue. In order to put a law into place, it has to be funded and I wasn't prepared to commit more than $100 million to this bill when we need to keep making investments in schools, affordable housing, and public safety. The Zoning Commission has agreed to take up the issue at their Oct 29 meeting and their ruling may provide more clarity before we vote on the bill again.

Zoning issues aside, I still think the bill as drafted is too restrictive and doesn't reflect the needs of Ward 6 residents, many of whom depend on the additional income and flexibility. And given the lack of hotels in most parts of Ward 6, many families turn to family-sized home rentals for visitors to stay nearby. The legislation does create a much needed regulatory and licensing framework, but I'm going to continue working with my colleagues to strike the right balance with how short-term rentals work in our community in the weeks ahead. The next vote should be on Tuesday, November 13 and I am working with my colleagues to consider ways to improve the bill. 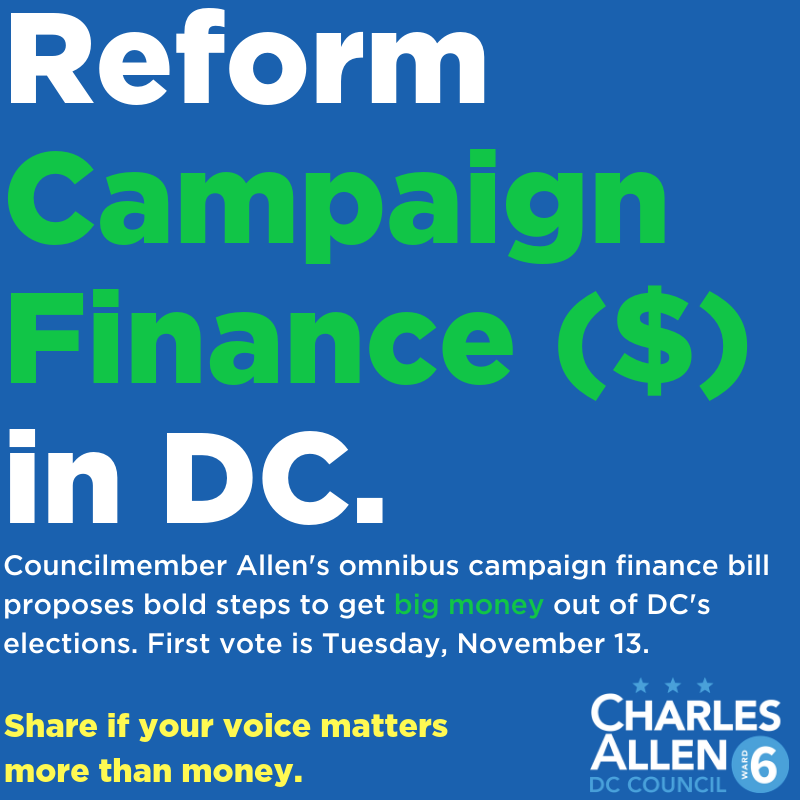 Campaign Finance Moves Forward! I know campaign finance isn't the most exciting topic, but this is really important stuff and a bill I wrote is advancing through the Council that would put stringent new restrictions on the outsized role of money in our elections. I believe the reality and the perception of elected officials only responding to their big donors has dramatically hurt the trust of voters. My bill places strong limits on donations from people or companies who do business with the government (pay-to-play), requires stronger disclosure for groups spending money to advocate during elections (independent expenditures or dark money), and makes changes to improve enforcement and transparency - more on the bill on Facebook.

Keeping our neighborhoods safe: I've spoken with many community members about crime in their neighborhood and I share their concerns. I've been working closely with our First, Third, and Fifth District MPD Commanders to be sure MPD is responding appropriately and has the resources and information they need. They are also working to have an increased presence and visibility. I always recommend to neighbors to take advantage of DC's Private Security Camera Incentive Program, which provides a rebate to homeowners to install security cameras and register them with MPD. It's a program I helped create nearly three years ago and I know has helped MPD solve crimes. I would also encourage concerned residents to keep reaching out to me and my team, but also consider attending your next ANC meeting. Most meetings have a representative from MPD present to do a quick rundown and hear from residents. You can find your ANC by plugging in your address here.

We're getting Ward 6 residents jobs! Twice a year, my office has hosted a career fair for Ward 6 residents looking to connect with employers who are hiring in fields as diverse as transportation, health, retail, hospitality, construction, and facilities services. My longtime partner in co-hosting this event is At-Large Councilmember Elissa Silverman and more recently we've been joined by At-Large Councilmember Robert White. We always ring a bell whenever someone earns an interview or a job on the spot -- and I heard that cowbell ringing quite a few times at this event. I'm grateful to our job seekers and our employers who make time to connect. I think a lot of good comes out of putting folks in the same room together, and as always, a huge thanks to the beautiful Arena Stage for hosting. 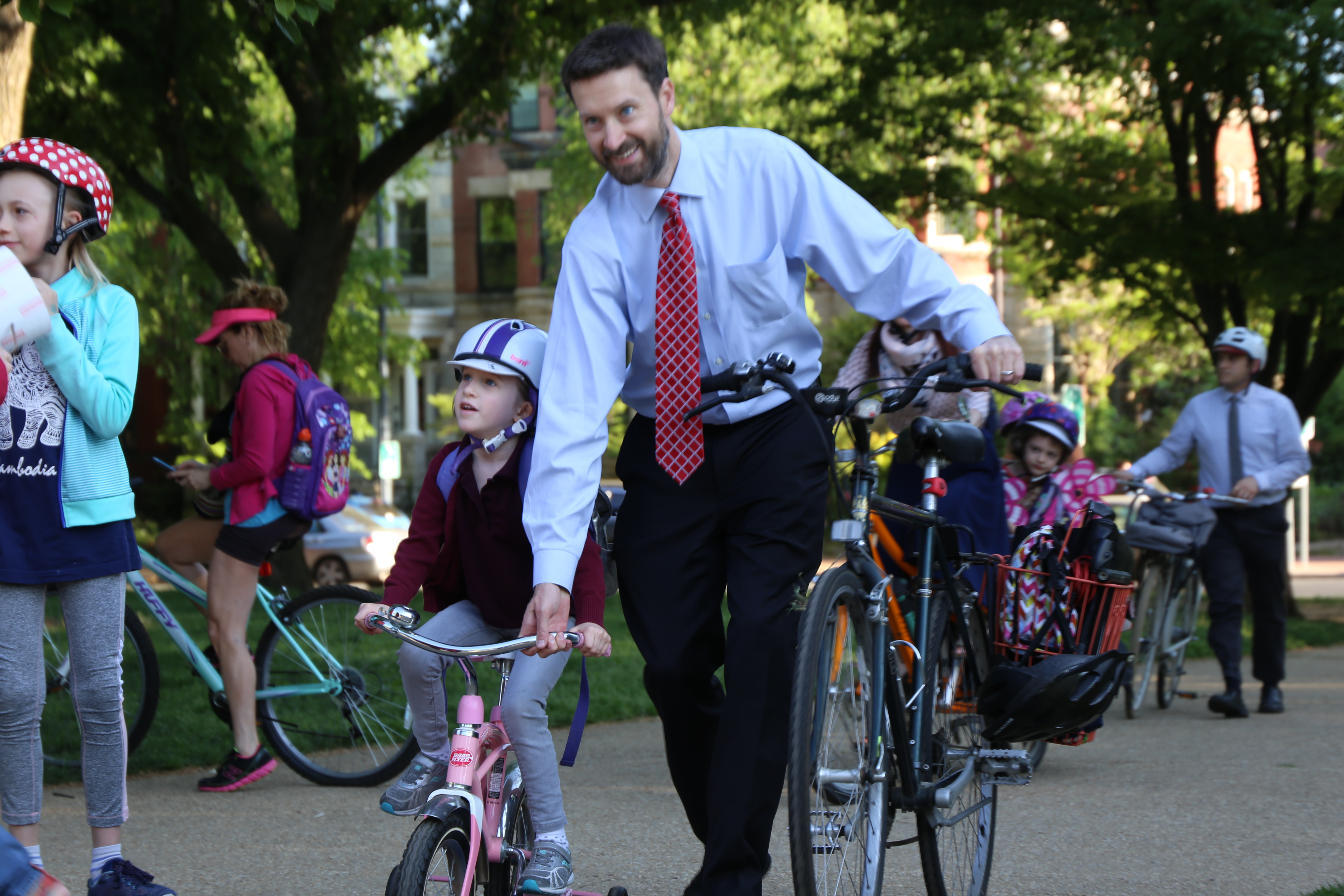 Louisiana Avenue badly needs a bike lane: For more than three years, I've been working to see a safer biking route down Louisiana Avenue, right by Union Station and the US Capitol. Congresswoman Eleanor Holmes Norton brought the community together to look at initial designs. However, we really need the buy-in from the Sergeant-at-Arms and Architect of the Capitol to make this happen (it's mostly concern over 30-some parking spots for staff holding things up) and both offices declined to attend the meeting. It's these kinds of steps that will help us get to Vision Zero, and I hope we can move forward on this bike lane sooner rather than later, which would connect a protected loop from the MBT trail all the way downtown.

Related: Vision Zero has been prominent in the headlines this week following several highly-visible deaths of pedestrians and cyclists who were struck by vehicles. While I'm glad to see safety blitzes and proposals including banning right on red turns for cars, I won't rest on this issue until it's a regular part of every DDOT, DPW, and MPD employee to make sure it's part of what they do each day.

Upcoming Education Hearings: There are a number of upcoming hearings of note I wanted to highlight related to education and schools. The first is on a bill I introduced to exempt parent-led playgroups from daycare licensing requirements. You can read more of the story here, but I believe these groups fill a critical need for both families and children. There will be a hearing on Thursday, November 1, at 2pm (note, start time is for this bill only). On Wednesday, November 7, at 6pm, will be DCPS's Fiscal Year 2020 Public Budget Hearing. This hearing kicks off their budget development process and is always a good chance to let them know your concerns and priorities. Also coming up is the confirmation hearing for the new Deputy Mayor for Education nominee, Paul Kihn. That hearing will be Thursday, November 8, at 10am.

Community Office Hours: I'll be in Hill East, Southwest, and Shaw this November and hope to have a cup of coffee with you.