We've seen several big successes in neighborhoods across Ward 6. A lot of my work takes place outside the walls of the John A. Wilson Building -- whether at community events, partnering with neighbors to tackle problems, or something as simple as hosting morning coffees to answer questions about our city.

But at the Council, I'm thrilled that my first major initiative to target family and early childhood literacy - Books From Birth - was approved unanimously and we're looking forward to a formal launch early in 2016. I was pleased to partner with many in our community to create Age Friendly initiatives and launch another key effort - Safe at Home - to make it easier for older residents to make improvements to stay in their homes for as long as they'd like. And of course, I've continued working with our small businesses to reduce barriers and fight to do more for the growing Made in DC effort that generates new jobs and opportunities, as well as a little local pride in our city. I was also very proud of the work to put significant new investments into our community during last year's budget process, with record investments in city-wide homeless services, new planning dollars for middle schools in Ward 6, securing funding for two key Ward 6 library renovations, investments in several neighborhood parks, and much, much more.

Of course, along with the successes, we've also had our share of challenges. Public safety concerns have remained a top priority, and rightfully so. I've hosted dozens of community meetings with you and your neighbors to work exclusively on this issue. The problem is multifaceted, and MPD and the city have been working on multiple fronts. On the legislative front, I helped author some comprehensive public safety reforms. The Council held hearings on those bills in the fall and will be moving legislation forward early in the New Year. This should put new tools and resources into the hands of MPD.

On the funding front, we've added millions of dollars to MPD's budget. We've also committed funding to a priority project for me -- helping businesses and residents afford to install home video security systems to help deter crime and provide valuable evidence to identify those responsible if a crime does occur. That program is funded, but has yet to roll out and I'm working on ways to kick-start that effort in January. On the manpower front, this summer and again in the fall I asked Chief Lanier for more resources for our neighborhoods impacted by the increase in crime. This will continue to be an ongoing priority and is something I expect to continue focusing on in 2016.

I wish everyone a safe and happy New Year! And now, onto the updates: 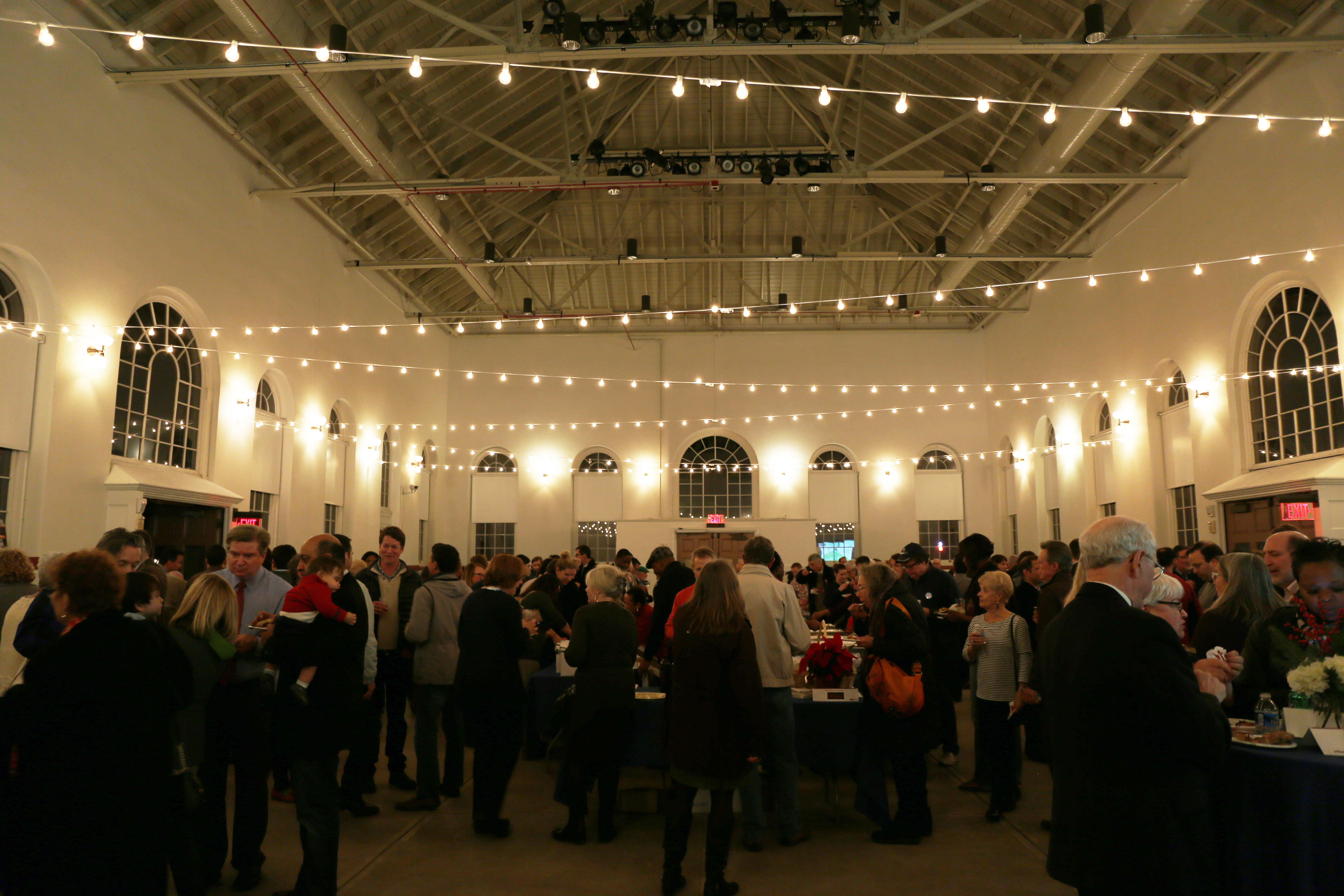 In early December, hundreds of neighbors gathered as I was very happy to continue the tradition of our community Brickie Awards. Begun eight years ago by former Ward 6 Councilmember Tommy Wells as the Livable Walkable Awards, the awards became dubbed “The Brickies” by our local newspaper Hill Rag. The awards are an annual celebration of the people, places, and organizations that make the Ward 6 community great. Nominations for the awards come from you and your neighbors. And if there was any question about whether our community felt like honoring deserving folks, the more than 300 nominations I received answered that quickly! It was definitely hard to pick this year's winners from such a great group.

Thank you to everyone who joined us that evening, as well as our wonderful sponsors that helped make the night happen. In case you missed it, here are your 2015 Ward 6 Brickie winners!

Shop Local: Support "Made In DC" 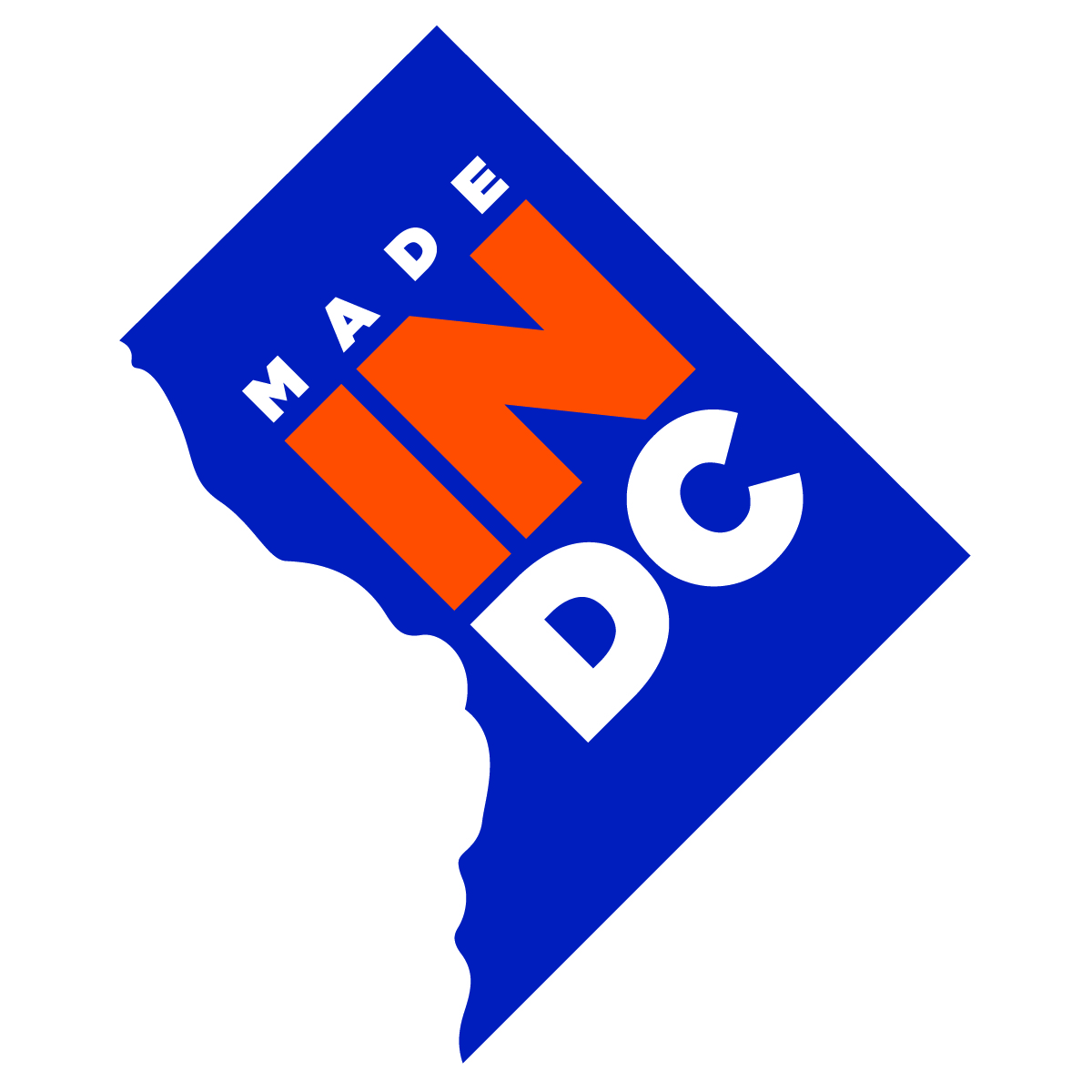 On December 1st, I launched another initiative to help support our local businesses with the Made in DC Program Establishment Act of 2015 to promote locally created, manufactured, and assembled products. The District has a spectacular and growing creator economy, and I believe the city needs to do more to communicate the importance of buying local and having pride in DC-made products.

The initiative would help develop a “Made in DC” logo, brand, and marketing campaign. Once approved, local products could use this logo in their own marketing, as well as be promoted by the city -- not just locally, but to tourists and out-of-town visitors who want to have a more "DC" experience while in Washington. Additionally, the effort would explore a District-sponsored Innovation Space and Marketplace that would provide further support for our local makers and artisans.

Supporting local businesses that create local products helps keep more dollars in DC. When shoppers buy from a local maker, a significant portion of that purchase supports other local businesses and creates local jobs.  Individual makers also contribute to the uniqueness of our neighborhoods, with local makers offering specialized products that respond to the needs of the neighborhoods they serve. Entrepreneurs living, creating, and selling locally ensures close connections with the community and a shared investment in its future success. 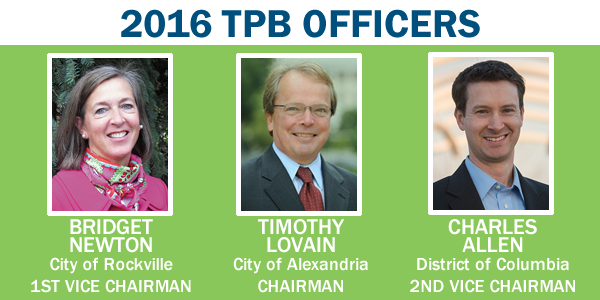 Over the last year, I've served as one of the District's representatives on the Metropolitan Washington Council of Governments Transportation Planning Board. It's a body of regional leaders from the District, Maryland, and Virginia that work together to tackle transportation problems for the entire Metro area. In December, I was selected by my colleagues to play a larger leadership role in this effort and will serve as the 2nd Vice Chair of the organization in 2016. Through this group, I hope to be able to help influence and lead the conversation about how federal and local transportation dollars are spent, not just on roads but on public transit, bicycle and pedestrian infrastructure, and overall safety improvements for everyone. I also aim to use this role to help plan effectively for the future growth of the District and region.

Thank you again for a wonderful 2015! I'm looking forward to even greater things to come in 2016. Have a happy and safe New Year!